ODESZA >> the duo from Seattle played a sold out show at The Rhythm Room this past April Fool's Day. For my first review, I was very excited for this performance. In case you've never been, The Rhythm Room is a smaller spot near downtown Phoenix and a really cool little venue [they dropped 'Oblivion' by Grimes between sets...priceless] allowing for a more intimate evening which really made ODESZA's set that much more epic. 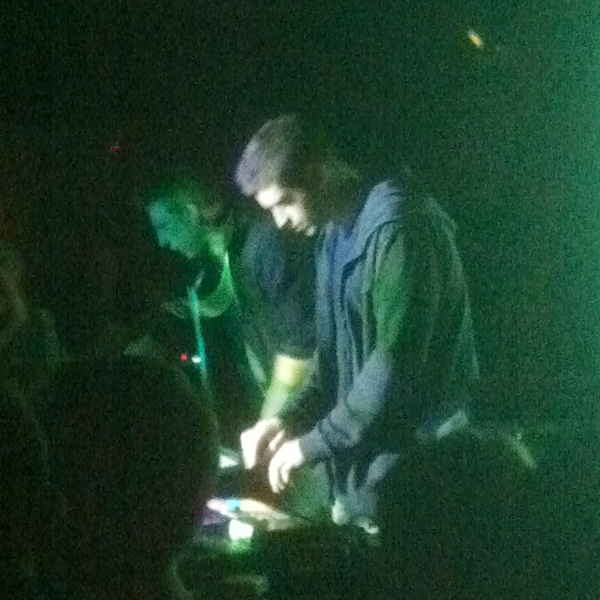 The night began with the opening act of Kodak to Graph [kinda rhymes, just repeat it]. Typically when I go to shows the openers are alright or fair at best. But Kodak got the crowd going from the beginning. The eerie, haunted sound with a twist of French Impressionism reminded me of ghostly Four Tet.

D33J followed up Kodak and I really dug his very urban down-tempo ambient sound, which was perfect to set the midshow pace and really reminiscent of Tycho or Bonobo. Definitely check him out if you're trying to set a chill mood.

If you dig ambient-pop electro sound I recommend you check out ODESZA. They are the perfect background music to a chill party. Their set was glorious and beautiful for real. Quite literally, the whole crowd was caught up in this atmosphere of vibe. My head was wrapped in digital bliss that made my hairs stand and my body move.

ODESZA brought it fresh and followed up a 4-song encore to just really give back to the crowd. I highly suggest going out of your way to see them live. Personally, I hope to catch them at a festival one day and preferably under the stars in the woods.

I was fortunate enough to talk to Kodak and ODESZA for a bit, mostly about music. Like with anyone, I like to ask about influences and recommendations for y'all at home to extend your audio branches on your music tree.