Excuse me while I pick myself ‘Off The Ground,’ because The Record Company is my latest guilty pleasure. With the perfect mix of blues, rock, and a touch of early punk, it doesn’t get much better than this.

It was an older crowd for Thursday night at the El Rey, but that didn’t stop the elated spectators from having a great time and getting into the performance that was nothing less than high energy. Opener The Marcus King Band helped set the stage, especially since the young and very eclectic lead singer walked out and joined the crowd briefly after his set.

Formed in Los Feliz, CA in 2011, the trio released their first studio album earlier this year to the pleasure of many. Since the show was a bit of a homecoming, lead singer Chris Vos declared that they were there to ‘[keep] the spirit of rock ‘n roll alive.’ And alive, they did!

Something about the way they perform is mesmerizing, energetic, and easy to get lost in. If it hadn’t been for the stage clock glaring at me all night I would have sworn I was there for hours without a care in the world. Vos himself stated that ‘if there’s any piece of me left after this show I’ll never forgive myself,’ and I agree if there was any piece left of him I wouldn’t believe it. From yelling his brains out so hard he had to rip off his jacket and threw it [nearly knocking over a guitar], to jamming with said guitar flat across his lap [something I’ve personally never seen], to spinning so hard he got tangled up in the guitar plug and could have easily wiped out. This guy was here to give us a show! 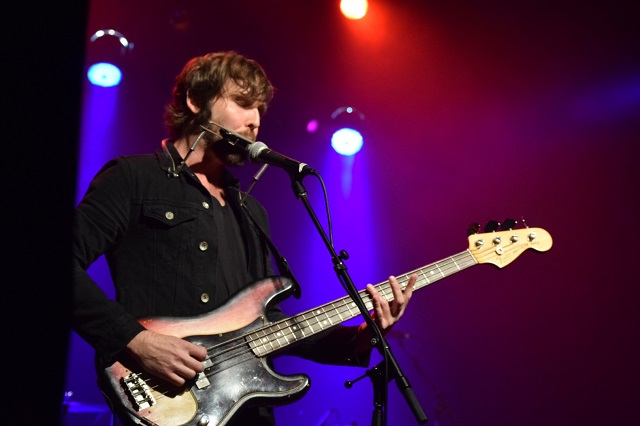 Other highlights included a rainbow light show [I’ll say it once and I’ll say it again—I love good lighting!], Alex Stiff’s not-so-stiff bass playing, and drummer Marc Cazorla walking out at the end of the set with bare feet. 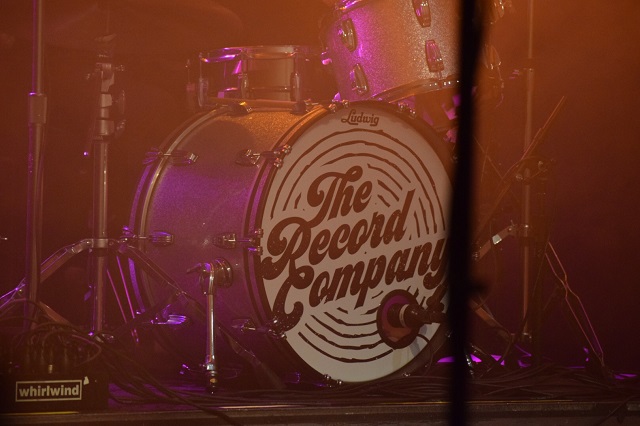 If you haven’t already seen them perform live, please go! Seeing them live is 10x better than hearing their already good album. I converted my buddy while he was there, who walked away with a copy of the CD. Which will have to do, since you can’t really take them home with you.