Lollapalooza Day 2 > was even more madness for the masses. I thought Friday was crazy but it was dead compared to Saturday, the day that most chose to go if they were to go to only one. Makes sense. People have jobs to go to during the week. Perhaps the out-of-towners got in late the night before. Maybe it was the weather - it was pretty hot on Friday and near perfect Saturday. Whatever it was, the difference seemed at least 20K heads more in the crowd and each of those rallied early on and with a purpose.

After brunch and a few trips to the Bloody Mary bar at Bull & Bear followed a failed attempt to scalp a ticket into the show for a procrastinating friend [the ratio of buyers to sellers was at least 20:1 from what I saw in that 30 minutes and based on what the people I talked to paid the going rate for Saturday tickets was about $280]. By this time it was approaching 2pm and almost time for Friendly Fires to begin their set. Having bought my Lollapalooza tickets the week they went on sale, there was only so much sorrow I could feel for the friend who would not make it inside and I needed to rock out again.

Meanwhile at the Bud Light stage, Friendly Fires were getting going and so was the crowd. They played a healthy number of songs across both of their studio releases plus some other tracks that I didn't recognize but really dug. They got to 'Hurting' toward the end of their set, which seemed to get the crowd moving the most - including me since it's probably my favorite of their songs. Solid performance but I left before they finished because I needed to hit the nearest beer tent.

Beer in hand along with an iPhone working off an ever-fluctuating 2 or 3 bars of signal strength I continued my solo mission to the Perry's tent for Super Smash Bros. They were a lot better than I thought they would be and I was flabbergasted to see the tent popping like it was the night before but in the mid-afternoon and in broad daylight. When they wrapped up Perryetty & Chris Cox seemed to have begun their set immediately after but I stepped out to meet up with my partner in crime and her squad. I had to race the crowd into the street's open areas and get dibs on the limited phone service. I don't know if that was an effective strategy to get texts to go through but I did it all weekend in desperation. Phone service was sporadically okay in certain areas at best and at most times just awful. 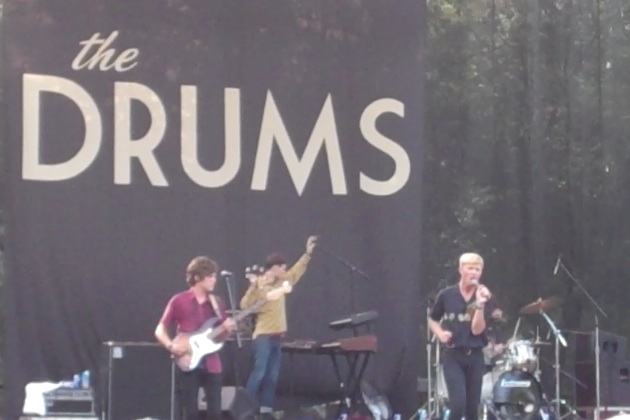 After the roundup we caught the last of Perry Farrell's fun DJ set with Chris Cox then made our way to the Google+ stage for The Drums. That was definitely the most fun of the day at that point. The beers were going down mad quick amongst us and I randomly ran into some friends that I didn't think I would see at all at the show. So our groups joined forces and I led a co-ed coalition to the Sony stage where Local Natives had just began their set.

We posted up in prime position between Local Natives and the nearest beer tent. That plus the potties we would eventually need repeatedly created a perfect equilateral triangle for the time being. We took several turns to each point in various combinations and in various subgroups which ultimately lead to my not remembering the last of Local Natives, all of Atmosphere and most of Cee Lo. I'm pretty sure I was having a lot of fun though. Standard. 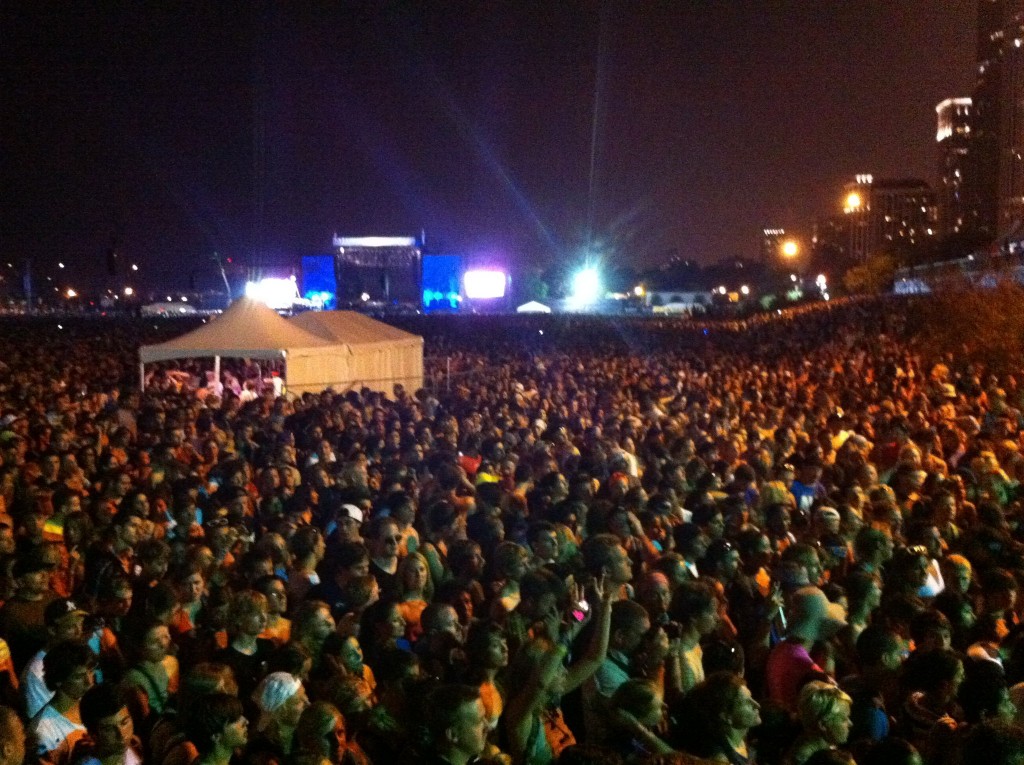 Eminem was slated to turn this Debbie out at 8:30 so we made our way to the Music Unlimited stage about 15 minutes before then. It took that entire time to maneuver through the massive crowd. With several years of crowd knife skills and a newly formed scissor alliance we made it to within 25 feet of the stage and in front of all these suckers above. He opened with 'Square Dance' which I thought was dope. That song is so underrated and it's a top 10 Em track for me and a healthy portion of the crowd too, based on the participation when he gave us the mic to shout, 'So won't you please jump off my dick, lay off and stay off!'.

Em had a few surprise guests. I guessed Royce Da 5'9" would make an appearance since they just dropped their collaboration album Hell: The Sequel on us as Bad Meets Evil just a few months ago. They did 'Fast Lane' and another song from that release before Eminem asked if he could bring out another friend. Enter Bruno Mars for his vocals in 'Lighters'. The crowd went nuts at that point although I heard mostly girls in that uproar. He was a pleasant surprise guest but I was hoping for Lil Wayne during 'No Love' or even Dre, Fitty, Rihanna, anyone else. Whatever. The sky full of lighters was actually pretty cool.

I had to pee about 30 minutes into the set but I couldn't leave. Not yet. But 15 minutes after that it was starting to hurt so getting out of that mob with their elbows jammed into my kidneys was mandatory. To the potties I went. On a solo mission and with no one in line I was done in a flash. I didn't go back for the last half of Slim Shady though. The Google+ stage was just a 2 minute walk away where Beirut was playing  so it was a no-brainer to hit that up. 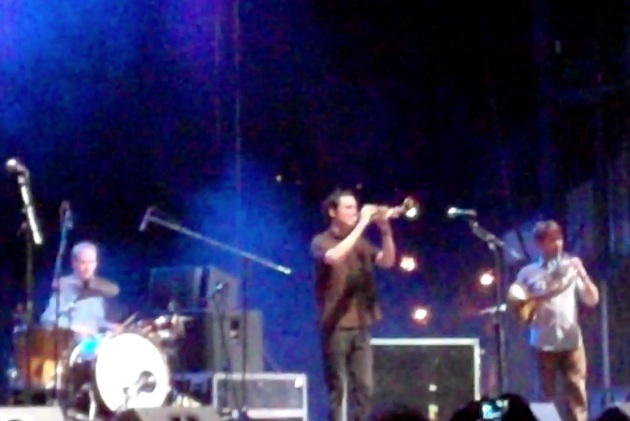 Beirut was superb. It was a bit of a drastic change of pace and the crowd was about 200 times smaller. It was a breath of fresh air following the 12 hours of getting after it. They played an extended version of 'Nantes' toward the end of the show and even came back out for an encore after they they gave us thanks. It was the first time I'd heard a Lolla act do an encore after 2 days at Grant Park. 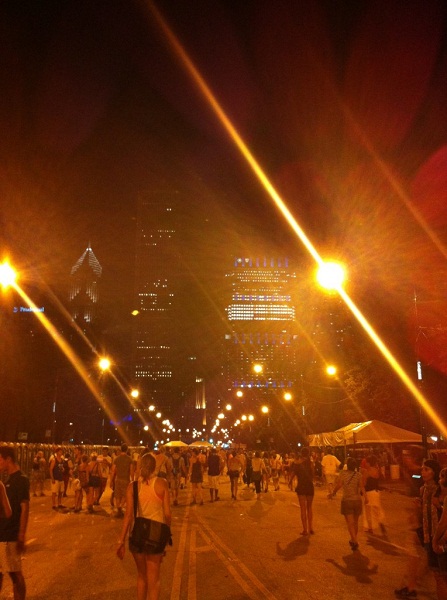 After Beirut I made my way toward the exits and inhaled 2 chicken sandwiches on the way out. My Morning Jacket was finishing up at the Bud Light stage but I didn't go down there. I could hear them playing some good music from in front of the sandwich stand and I couldn't take my eyes off the majesty of a clear Chicago Saturday night. It was another great day and night at the fest and I couldn't wait for what Sunday had in store.