Chromeo >> two-stepped through Tempe again this weekend to show off their 'Fancy Footwork' at Marquee Theatre. The Canadian duo and special guest Tokimonsta set off Saturday night live masterfully and incredibly electric from the get go.

I had been wanting to see Tokimonsta put it down for some years now and it was a great surprise to see that she was on the bill for an already highly anticipated show. The now-blonde electro vixen from LA transformed the standing room into a dancing room for 2 hours with an eclectic set featuring an array of illness that even ventured into a trippy hip-hop trap groove from time to time.

Her impressive mixology accompanied by lots of animated movement behind the decks were a treat and an honor to share the momentum with. There's nothing more awesome or sexy than such hotness cutting like that.

Chromeo hit the stage just after 10pm with a strobe-lit entrance backed by heavy bass kicks and the familiar rally chant produced by their crowd. CHRO-ME-O....OH OH. After getting the attention of all the fellow Chromantics in attendance, they got down to Business Casual-ly opening up with 'Night By Night'.

Everything about the show was brilliant as the Dave1 and P-Thugg even outdid their own performance at this same venue back in 2011 on their cleverly aforementioned last album's tour, which was the duo's only other time performing in the AZ desert. This headlining show was just a night after playing on Day 1 of Coachella Weekend 2 yet still had an unyielding amount of energy harnessed just for us.

Nearly all the best Chromeo favorites made it into the set list and/or encore. 'Bonafide Lovin' and 'Fancy Footwork' seemingly got the most audience activity until they closed with 'Needy Girl'. With their new album White Women due to drop next month, I'm guessing the 2 or 3 unfamiliar tracks were from said LP including 'Come Alive' which features Toro Y Moi.

I still have ye to experience '100%' performed live and I don't recall them playing that fun little ditty in French but at least they were poo politicians this time and any dialogue this time around was just about getting hyped with party down intentions. Boom. 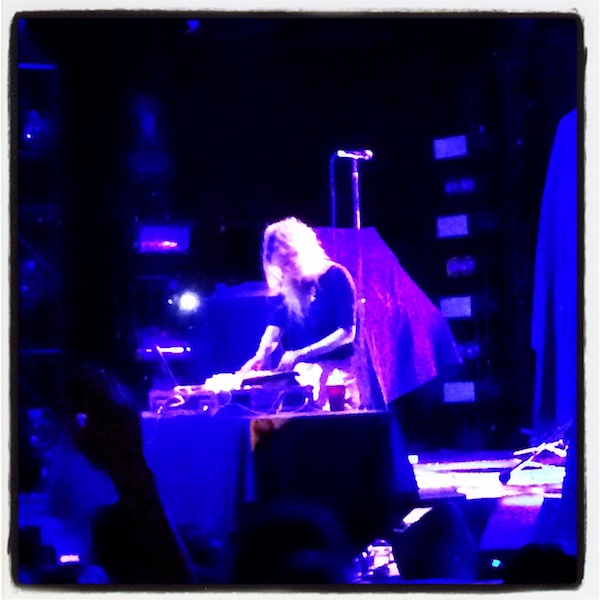