Video from Toro Y Moi >> at Crescent Ballroom on Monday has been posted to the zBORED YouTube channel. The Red Bull Academy spotlight featured him with desert homegrown opening acts Factories [Tempe] and Yus [Phoenix]. 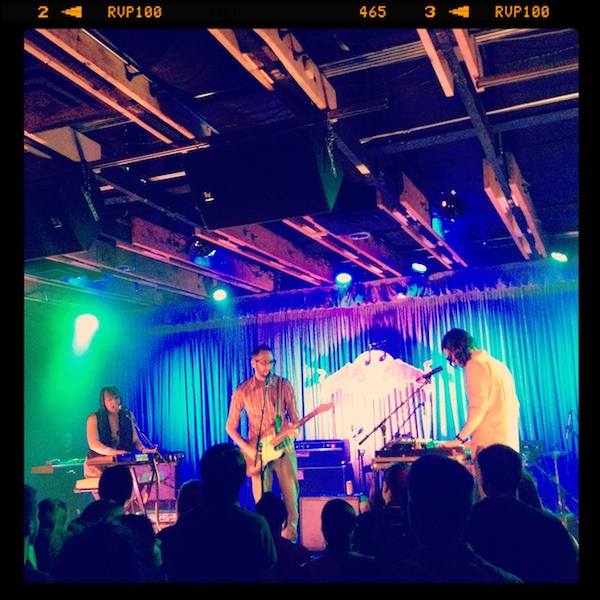 Yus kicked off the evening with his keyboard, mic and synths galore. He had some cool loops in those first 10 minutes but that's all I gave him before I headed back out to the patio. I was thirsty and he seemed so nervous and awkward that it seemed contagious and I was getting sad. His set was followed by Factories, an electronic ensemble consisting of keyboards and guitars and a variety of vocals. Other than the girl on keys dancing like a goofball most of the time I thought they were pretty dope. I've already added their album Together on Spotify. They seem like a cool trio too; after the show we got to chat with them about their upcoming SXSW show [Austin] and CD release party [also at Crescent, April 5th]. 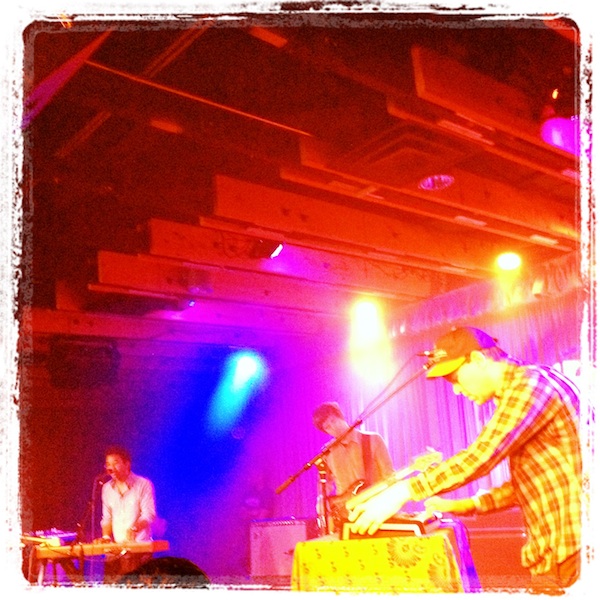 Finally the headlining Toro Y Moi, aka Chazwick Bundick, took stage. I was pleased I finally didn't botch an opportunity to see this guy live and direct after having tickets already 3 times prior. This was a great show. He had 3 other dudes performing with him: 1 on drums, 1 on guitar and another on guitar, backup vocals and an Akai MPK MIDI controller which is almost exactly like the one I have. They played every single track I favor across all of Toro Y Moi's LP's and EP's like 'All Alone', 'Still Sound' and 'Blessa'. They even did an old school cover of 'Saturday Love' by Cherrelle and Alexander O'Neal [below].

Overall it was a really dope show. It's a great venue and it was worth ditching class to listen to some great electronic music, dancing and drinking some beers. I think Chazwick had a nice time meeting us too. 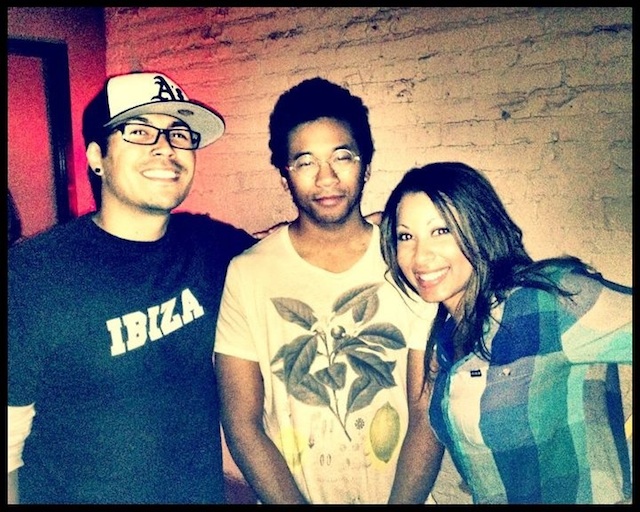