Sound Wave >> hit the desert again this past Saturday for the 4th installment of the electronic music festival and has become the official kickoff to the Fall. This time SLE and Disco Donnie brought the increasingly huge valley event to Scottsdale right in the heart of Old Town in the midst of a block party surrounding Maya Day+Nightclub the W Scottsdale.

Since its inception, Sound Wave has brought huge acts like Calvin Harris and R3hab who headlined the fest last year while Kaskade, Z-Trip and Dirty South set off the main stage in the Fall of 2011 with Diplo and Boyz Noise in its Spring. This year Porter Robinson brought it extra hard on the bill to warm it up for none other than king Tiesto. 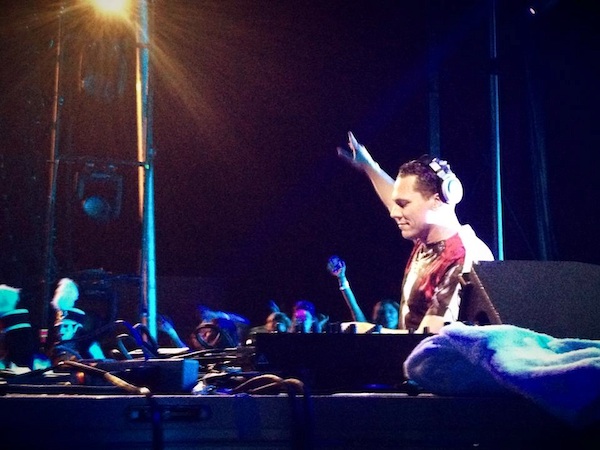 It was an interesting combo of artists I've come to respect over the years. Porter Robinson just hit my radar within the last few years so I hadn't seen him do a live set prior to Saturday. While he may barely be old enough to legally drink, his technique is more refined than many a vet in the industry.

Tiesto is even more sophisticated, fine-tuned and has been atop my faves list since 2000 and in the game since before Porter Robinson was born. He knows how to fucking 'Bend It Like You Don't Care' and his undying ability to captivate a crowd that transcends generations of EDM is still impressive. He brought it even harder than I've seen in sets past yet still maintained that core aura that brings us all together to dance free in love. 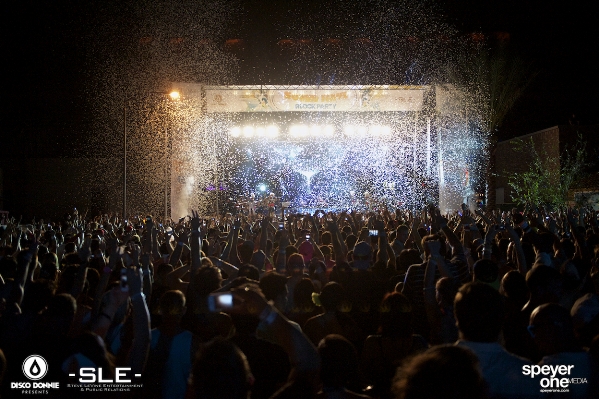 I've always appreciated Tiesto's way of identifying with everyone. As a fan of all music types myself, it's probably why many of my favorites across various genres continue to collaborate with him.

He has remixed, produced for and partnered up with artists like Calvin Harris, Bloc Party frontman Kele Okereke, Metric's Emily Haines, Jes Brieden from Motorcyle, Imogen Heap of Frou Frou and Sarah McLachlan. Those alone are insanely erratic and they're just a small sample and many others of the like blared super Tiesto style remixes of Bruno Mars, Ellie Goulding, Krewella, etc.

But my 2 favorite productions of the sort by Tiesto are 'I Will Be Here' which he did with Sneaky Sound System and 'Feel It In My Bones' which he did with Tegan & Sara. Fortunately for all of us Sound Wave surfers in attendance he dropped them both deep into his set. Purely epical and icing on a short 1.5 hour set that packed a punch just as hard as the 4 to 6 hour bangers I've experienced of his in the past.

Tiesto also put down a really nasty remix of 'I Love It' by Icona Pop. I'm still not sick of that song somehow and his cut just rejuvenated that infatuation. Icona Pop may have even been the night's theme having heard 3 other DJ's drop some form of it as well but I don't care. I love it! See, told you.

Let's talk about the operation for a sec. To be honest I was a little bummed to hear that Sound Wave would not be at Big Surf again this year like it was in the past but the setup was good and having the option to check out other sets at Maya or W was a cool bonus. Those provided 2 additional distinct and purposeful atmospheres if I wanted to lounge, cool off in the pool, listen to some different music or just needed a change in scenery. The location is obviously a plus too when the pre and post festival destinations nearby are abundant and posh as well.

Big ups to the artists who killed it [straight murdered], the event coordinators for putting it together properly [mad propers] and even the thousands in attendance who kept it fun as shit whilst demonstrating class and etiquette [party on y'all].