Saturday night, the Regency Ballroom in San Francisco was the site of The Summer Classic headlined by Fat Joe and Bay Area’s own Too $hort. The concert was put on by Empire Distribution, a local record label, in honor of CEO and founder Ghazi Shami’s birthday. Billed as The Summer Classic, what those in attendance were treated to was a classic bait and switch.

The first red flag came earlier Saturday afternoon when the venue sent out a notice stating Fat Joe’s set had been moved up to 840pm so to please arrive early. They were right he did come on at 840pm. Fat Joe did about a 4 minute montage of, ‘All I Do Is Win’, ‘All The Way Up’, ‘What’s Luv’ and ‘Lean Back’.  My use of the word montage is generous at best as we got no more than a minute of the chorus of each song, and he spent more time sweating on stage than actually singing or rapping. Then he called Ghazi the birthday boy out, where they presented each other with platinum plaques for ‘All The Way Up’, and then disappeared stage right. At the time, we assumed this was a great tease of what was to come, as crowd was hyped and yearning for more. Oh how I wish we’d been right. Over the next four hours, yes four hours we were treated to a full slate of ‘up and coming’ artists from Empire, go figure. Stop me if you’ve heard of any of these ‘rising stars’; Tay Way, Show Banga, Rexx Life Raj, J Stalin, Rayven Justice…No? Well then you must know; D-Lo, Colonel Loud, Philthy Rich, or Luke Nasty. Ya, I didn’t think so, me neither. They weren’t all terrible, but in most cases I’ve bought random CD’s from hustlas on the street that have more potential. As midnight closed in, a glimmer or hope shimmered in the building. We noticed the DJ playing some Jim Jones songs. Problem is we didn’t realize until like 3 songs in Jim Jones was on stage ‘performing’. The lack of a leading MC or Hype man throughout the evening often lead to us having no idea who was on stage. And again pretty much only muttering along to the chorus Jim Jones only gave us snippets of ‘Pop Champagne’ and ‘We Fly High’. 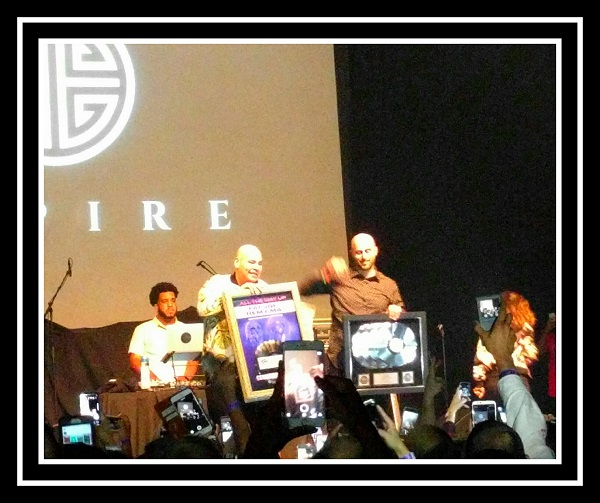 After all that, with only Too $hort left to perform, the crowd still held on for redemption. The hometown hero would surely save the day and get the crowd hella hyphy. Too $hort started out strong performing with an actual band and backup singers. I think we even got two full songs including personal favorite ‘Gettin’ It’ until the performance turned south the way of all others that evening. It veered into the gutter quickly with the 50 year old rapper graphically picking out and hitting on 18 to 19 year old girls in the crowd. I don’t even want to repeat some of the filthy things he was saying. And it wasn’t in jest, and just came off creepy, sounding much more like a petterass than a playa. Also by this point he’d given up rapping, handing off singing duties to his cousin, whoever the f that is, while he smoked blunts and sipped patron from the bottle. By this point it was past 1am and there were probably more cronies and people on stage than were left in the crowd, and we blew the whistle and called it a night and showed ourselves the door. 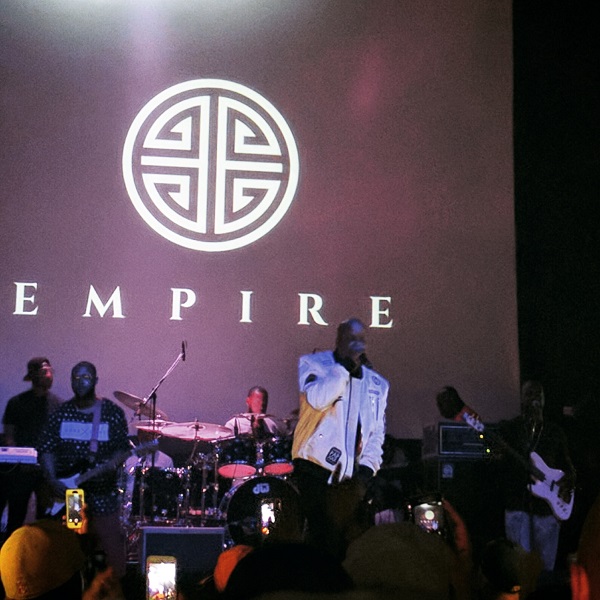 To their credit, I will say the most redeeming thing about the evening was the crowd. They paid good money to be entertained and were going to have a good time no matter what. Any chance they were given, most often when the house DJ played radio hits in between artists, people were getting down. The outfits and the dancing led to some of the best people watching I have ever been a part of. And for so clearly being scammed into a glorified talent showcase everyone maintained a positive and fun vibe.

That being said fuck Empire, what a fucking scam. And to Fat Joe and Too $hort, you should be embarrassed. Both artists are much too successful and talented to need to throw their name on such a pathetic money grab, especially you Todd Shaw aka Too $hort. This is the Bay, the town you came from and the town that built you. You should be most ashamed of all. I would rather catch fucking Pokemon than catch another rap show like this, but we made the best out of it as did all in attendance. And I think I speak for everyone from Saturday night when I say, ‘Happy Birthday Ghazi, F you!’.