Posted on July 28, 2016 by Danielle
People, people we are the same, No we're not the same, 'Cause we don't know the game, What we need is awareness, we can't get careless. -- ‘Fight the Power’ by Public Enemy 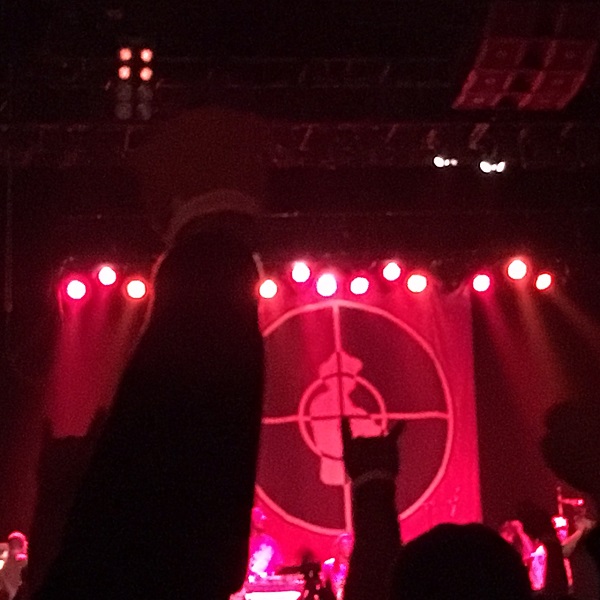 I’m not going to lie, I was a bit anxious to go to the Art of Rap Festival at the Hollywood Palladium this weekend. Partly for being a little white blonde girl, partly for being at a rap show in the middle of the Black Lives Matter movement in a city known for its history of racial discrimination [Rodney King, anyone?]. I didn’t expect anything bad to happen, but neither did all those people who have died recently. I just hoped for a good, clean, awesome show.

My nerves weren’t eased any by the most intense security check I’ve ever experienced. Goodbye lip gloss and eye drops, I hope we are all a little safer now after your sacrifice.

I arrived inside as Mobb Deep was about to take the stage and was impressed with how tight they sounded, though slightly underwhelmed by the lack of visual entertainment as a result of the short set. But people were still coming in, and the cloud of ‘smoke’ was getting bigger and bigger.

Ice-T appeared a short 5 minutes later with everything I was hoping for—demanding that I ‘Raise the ‘W’ along with all my other West Siders, watching a young shirtless dude C-walk across the stage, a bunch of the other artists chilling behind the DJ booth giving handshakes and hugs, all topped off with an older gentleman in a full white suit/white pimp hat getup while dancing to the beat of his own drum. Let’s also not forget Ice-T’s SVU reference because he’s a ‘good motherfucking actor’.

I expected Ice-T to make some political statements regarding the BLM movement, but all he focused on was to ‘keep your head up’ and pray for better in the years to come. There was nothing angry or specific in his verbiage, only the acknowledgment that things aren’t great right now but we can’t let that keep us down. Thank you for that, Ice-T. Thank you.

Next up was EPMD, but after the previous set they got drowned out. I think part of it had to with the fact that their songs are so widely copied that it was hard to remember that they are the originals.

Last up was Public Enemy, the group I was most excited to see [since Naughty by Nature wasn’t playing the LA show]. They did not disappoint! With the familiar holler of ‘Yeeeeaaaa Boy-eee!’ resonating throughout the venue, you just knew that Flava Flav was there to party.

At the end of it all, I walked away with a newfound respect for the genre, and felt a little silly for thinking things would be different from any other type of show. In fact, everyone I met was pretty darn nice. Or really, really high. I love the Hollywood Palladium, but I think a show like this would have benefited from an outdoor setting like one would find at FYF Fest or something along those lines, especially if it means having all the artists perform on one day instead of varying by city. The vibe was just a little off for some reason, even though the artists themselves were fantastic.