Taking this Thursday opportunity to throw it back, way back, all the way to last Friday night. Ok, it's not that far back but it will be worth it trust me. At least it was for me because last Friday I got to go see Fortunate Youth and locally grown Stick Figure in Santa Cruz. The bands played at The Catalyst club, a local landmark and a staple for live music and all that is Santa Cruz. Having grown up in the bay area and spent many a summer day and night on the beaches of Santa Cruz, I'm almost ashamed to admit this was my first visit. It may have taken thirty plus years but it was worth the wait.

Fortunate Youth was the opener, and to be honest I wasn't expecting much. They seem to be a band that follows me to every reggae festival and concert I go to. Like myself they are multiple year veterans' of California Roots Festival in Monterey as well as The Emerald Cup in Santa Rosa. Somehow our paths never really crossed, likely because I had my mind made up I didn't like them. Didn't hate their music but listening to what was available online I could file it in the same sleepy cabinet as Iration and a handful of similar bands. However, sure enough midway through their set I would recognize some songs and found myself bobbing along with the crowd; ‘Sweet Love’ and ‘Trippin’ being the most memorable. It was actually the perfect mellow warm-up to get the crowd in an irie mood for the headliners to come. 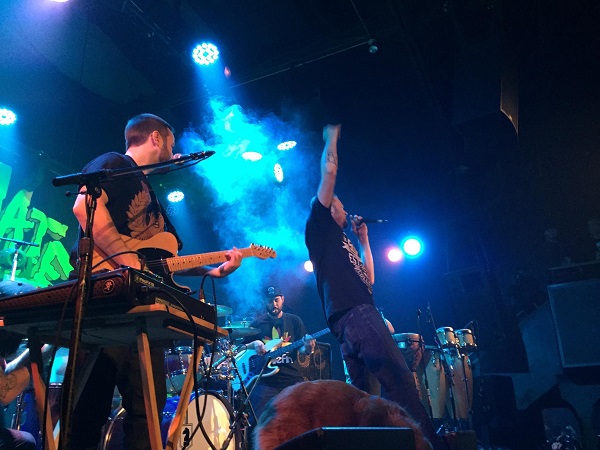 Stick Figure is the musical brainchild of lead singer and guitarist Scott Woodruff. It's actually even more than that. The first Stick Figure albums were all him. He wrote, produced and recorded everything himself, meticulously laying down tracks one by one, manicuring every sound and instrument until it was just right. The time was now for the often shy and reclusive singer now, to leave the confines of his studio in the Santa Cruz mountains to take on a full band and tour in support of the newest album Set in Stone.

The set started strong as the crowd's anxiousness seemed to match Scott's nervous adrenaline bringing great energy coursing through the Catalyst with old favorites, ‘Vibes Alive’ and ‘Weight of Sound’. Although the sounds were crisp and lyrics light and clear, the middle of the show took a lull. It seemed to be a combination of less familiar new material  and Scott seeming to get lost and retreat into the music himself. To his credit he pulled it back and fittingly with the song ‘Breathe’ he seemed to relax, come back out of his shell and command the stage once again. He closed out the show with strong new singles ‘Smokin Love’ which features Collie Buddz on the album, and ‘Choice is Yours’ which is a collaboration with Slightly Stoopid, also from Set in Stone.  The encore was my personal favorite, and closing song from the new CD Smiles on Faces. The penultimate track of the album was the perfect closing number. It showcases intricate melodic arrangements, strong vocals including a collaborative hip hop verse or two from keyboardist K-Bong, and most importantly encapsulates the positive vibe the band put out all evening. It really did leave everyone leaving with smiles on their faces. 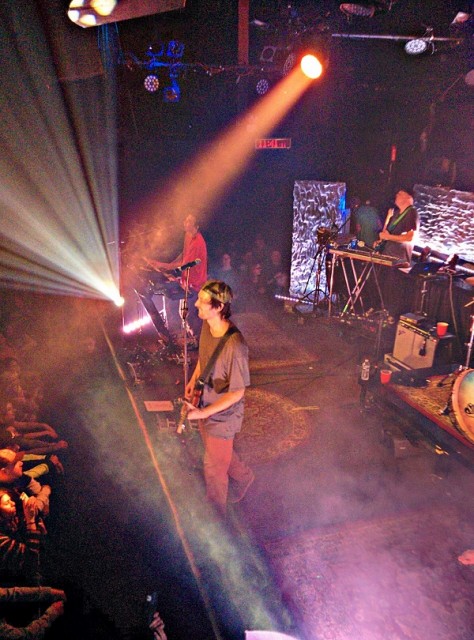 Looking forward to see what Scott and Stick Figure do in the coming years. As he gets more comfortable with larger stages and live performances, I have no doubt this Dave Grohl of reggae will continue to grow the already positive and supportive fan base that followed them to the Catalyst last Friday night. Give tanks and praise, and Jah bless.