Alice in Winterland in San Francisco [The Masonic]

This might be the softest lineup I've ever had the pleasure of covering, but what can I say? I have a hard-on for the holidays. My first trip to the newly refurbished Masonic Center in San Francisco was originally supposed to be highlighted by Leon Bridges. However, fresh off a Grammy nomination for best R&B Album he had been chosen to accompany Ryan Gosling on last weekend's SNL. This left the lineup as follows: Zella Day, Michael Franti, Harry Connick Jr. and James Bay in that order. 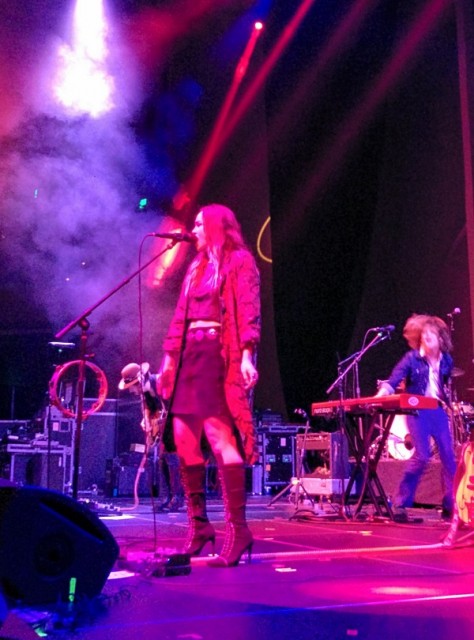 Zella Day started things off to a half empty and slowly filling auditorium. The hipster princess was dressed like a Mission Street thrift store threw up their finest vintage fashions for the young songstress. She very well could  be lost in a lineup of any thousand girls from Coachella except for one thing, chick can sing. The songs and vibe had me thinking of a younger, less melodramatic Lana Del Rey. Only played about 30 minutes but solid stage presence and performance of songs ‘East of Eden’,  ‘Sweet Ophelia’, and her radio hit ‘Hypnotic’ had the middle-aged mom's club of an audience singing along to the hook. As she wrapped up, her swag, sex appeal, and sweet voice had won me over, but then she topped herself with a moving rendition of ‘Have yourself a Merry Little Christmas’. Swoon. All the Christmas feels. 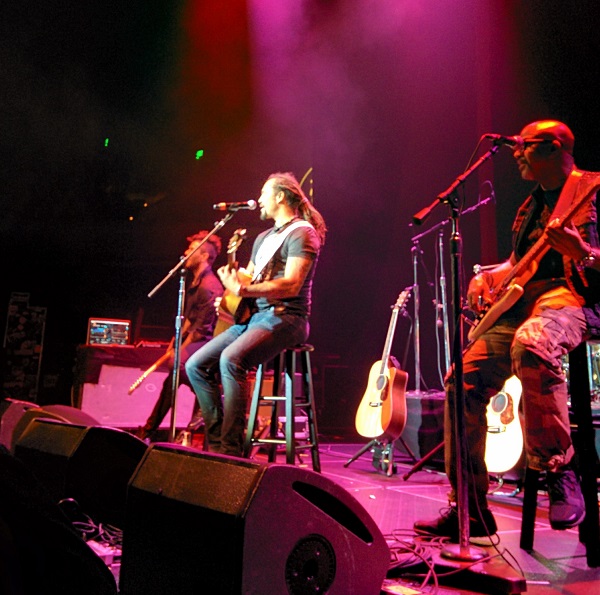 Hometown hero Michael Franti who lives in the Bayview of SF took over the jolly crowd and kept the energy going with his staple hits and positive vibes. He did get kind of preachy for a little bit, but in the wake of the Paris attack and San Bernardino shootings only a few days before it wasn't out of place or over the top. It was pretty simple: keep your head up, music is the universal language and love ultimately wins.  He also dropped some pro ganja speak on the people which always seems to be well received. You know, all that positive shit that seems cliché yet he somehow made it hit home at a time people kinda needed to hear it. He played well and long, even climbing on speakers and venturing into the crowd against securities wishes. His newest jam, ‘Once a Day’,  is another Franti classic to add to his archives and yours, check it out. He didn't end with any Christmas songs but the spirit of the season was alive and well as he closed his set to FRANTIc applause. [See what i did there?]

Oh man, if only the concert had ended there. The vacuum left by Leon Bridges departure from the bill sucked in Harry Connick Jr. Well that vacuum should have cleaned up Harry before it spit him out in SF. Interesting note, photography of his performance was strictly prohibited and we quickly realized why. HCJ strolled out looking like he'd been on a wee bit of a bender on his native Bourbon Street merely minutes before coming on stage. His performance was as sloppy as his appearance. He only played 4 songs, and I wasn't even mad. Two songs I had, and apparently no one had ever heard, followed by a scrooge like tangent about how he wasn't doing Christmas shows this year. Then wrapped up with ‘Silent Night’ and ‘Santa Clause is Coming to Town’. All very strange for a guy who's career has been made on the songs of the holidays. Here's hoping this year, Santa brings him some time off to get his mind right, and a big cup of Christmas cheer.

After that was James Bay, or as I like to call him the poor and sad man's Hozier. He was the headliner for this winter shin dig but I'd had enough, and we left to go to the bar up the street. Sorry James Bay, and sorry Alice 97.3, just not my bag. For what it's worth all the 40+ year old single women I spoke with later that night at the bar loved him. Soooo... good on ya James Bay, and Merry Christmas! That is all. Happy Holidays from all of us at zBORED!