Puscifer >> I think it was in 2012 when I first saw Puscifer live in Cincinnati and it was fantastic. Puscifer is a passion project for Maynard James Keenanl, the former front man of Tool and A Perfect Circle. Trying to describe Puscifer, the word that keeps coming to my mind is eclectic. This is good music that takes from many genres for a bit of fun. Many of Keenan’s personas, such as Major Douche, show up in his performance pieces with Puscifer. Puscifer played at the Cobb Energy Performing Arts Center in Atlanta last night and it was amazing!

The quirkiness of Puscifer is what attracts many fans; it’s music and performance art all in one. I really enjoyed the opening, it was like no other I had seen. Anyone can have an opening band, but Puscifer had a Luche Libre. Yes, it is the Mexican wrestling that opened up the Money Shot show and it was great. Everything said it was Luchafer to open but no one expected this, including me. Imagine sitting down before the opening of a concert expecting an opening band and getting a wrestling match instead, this is what I enjoy about Puscifer—it is always a good time.

After the wrestling, it was time for the band to grace the stage. Per usual Mr. Keenan was in the back and the musicians in the band were center stage—this is another thing I like about MJK, his respect for musicians. Beginning singing in the wrestling ring alongside Corina Round [whom if you haven’t had the pleasure of hearing her voice, I highly suggest to check her out]. The lights came up with the drum set up taking center stage. The rest of the band was on each side of the stage and rocked the crowd with their eclectic an entertaining show.

The band members for Puscifer change occasionally, but Corina Round is a regular and her vocals alongside Maynard James Keenan is wonderfully hypnotizing. This fantastic display of imagery and wrestling just goes to show the many talents of MJK. On a side note, try Maynard wine, it is spectacular. This is only the second time I have seen Puscifer and I know it will not be my last. 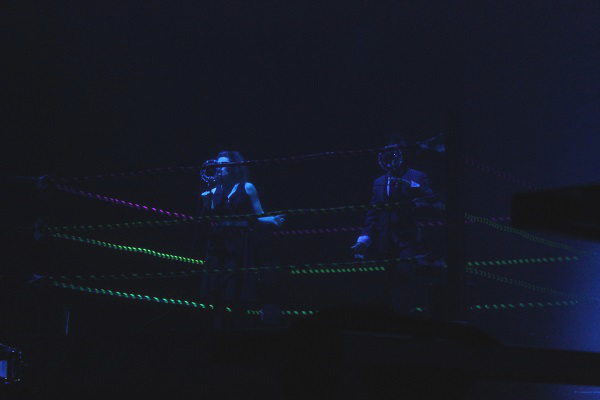 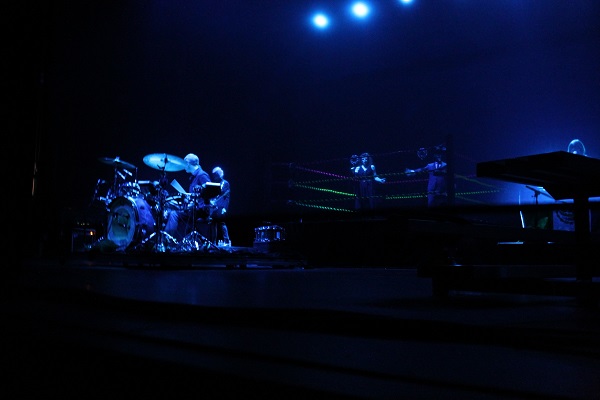 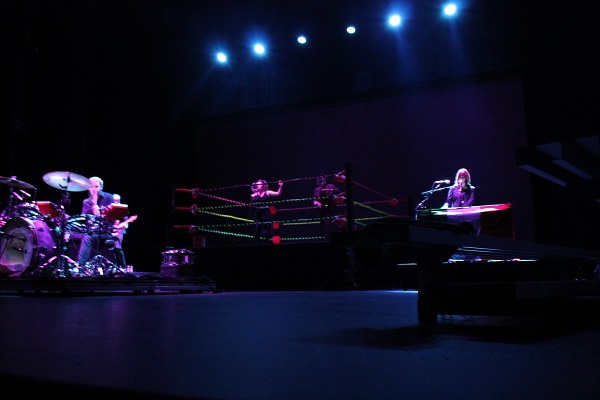 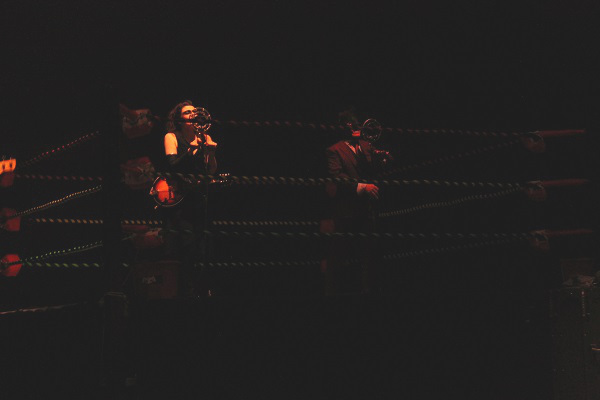 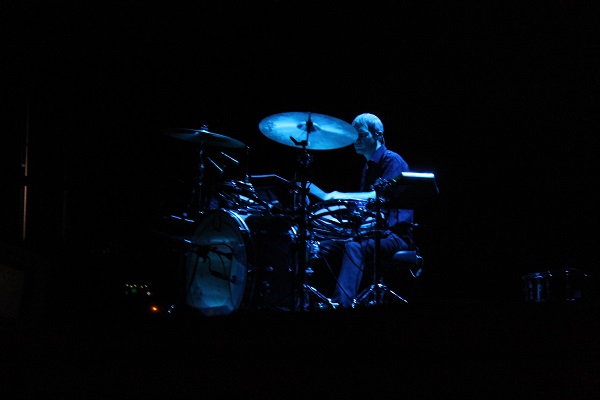