ZZ Ward >> is my new partner in crime. She just doesn’t know it yet.

Most people know her from her pissed-off girl anthems trashing ex-boyfriends and boyfriend stealers. I expected an angry bitch to come out and intimidate the shit out of me. Instead, I walked away wanting her to be my new best friend. 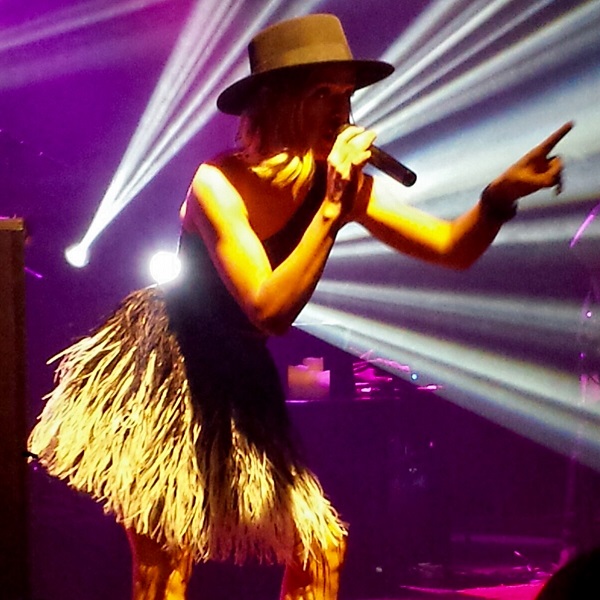 Coming on the stage in a remarkable ostrich feather skirt, one-sleeved black crop top, sky-high heels and signature hat, belting out ‘Put The Gun Down’, she knew how to get the crowd going within seconds. And trust me, I’ve been to many a show in Los Angeles and this is the first time I’ve actually seen the audience engaged in the performance. Was it the venue—El Rey [a first for me]? Was it because it was a Friday night and not the typical random Tuesday? Or was it because ZZ Ward is fucking awesome and her fans know what’s up? I’m leaning towards the latter, because truly this was the best crowd I’ve seen at an LA venue in regard to engagement, age, and overall coolness factor. These were my kind of people. 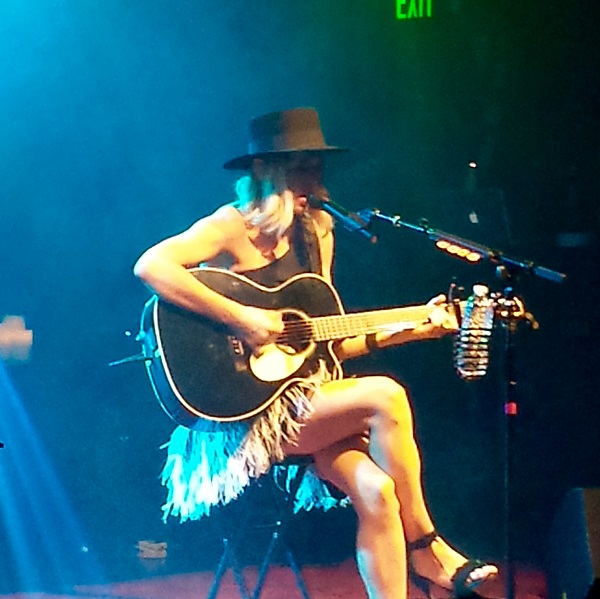 ZZ Ward’s music is special. She’s got a healthy mix of blues rock with her own white girl flair— blue-eyed blues, if you will. She knows how to sing passionately in that sexy raspy voice while jamming on the acoustic and switching to the harmonica between choruses. And just like that, she’s rocking out on an electric guitar, dancing across the stage and getting the crowd dancing and singing along with her. She’s both diverse and focused, even when covering Nick Jonas’ ‘Chains’ in her own bluesy way.

The whole show I couldn’t help but think, ‘Man, I want to raid this chick’s closet, get cocktails with her and the girls, then peel out in a convertible sports car and knock shit over.’ She seems like she can do it all and be totally cool about it. Also, I need the number of her Pilates/yoga instructor because damn she looks amazing! Dare I say—she looks better in person than on her album cover?

I first started listening to ZZ Ward in 2014 when I heard she’d be performing at Coachella. I have a strong feeling she’ll be back in 2016, especially since her new album should be dropping by then. Based on the tracks I heard last night, she will be just the right person to fill up a late time slot. 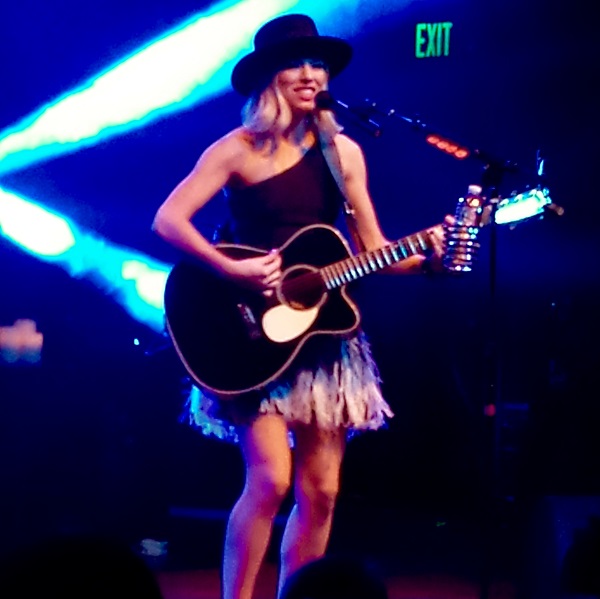 I want to give a shout out to her bad ass band and the guy who switched out her guitars and harmonica so quickly and easily that you almost wondered when it happened. These guys seemed so cool and were clearly a good support team for Ms. Ward. 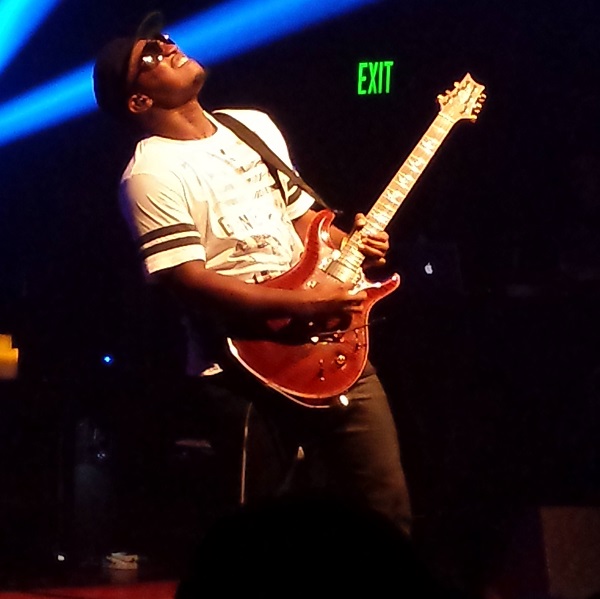 Also a special shout out to the up-and-coming The Young Wild—the first show opener—for being both adorable and having a sound that makes me want to make best friends with everybody. I can’t wait to hear more!

I guess I have to say something about Marc Scibilia as well. The sound was good, though mostly because every song sounded like another song that’s good [e.g. Rolling Stones ‘Wild Horses’ to Marc Scibilia’s ‘Wide Open Arms’]. Good guys, I think they just need to come up with some new stuff and will be on their way.

Alright ZZ, can we be friends now? I’ll drive if you bring the tunes.