Summer Sessions >> stormed into the desert on Thursday at Mesa Amphitheatre where the temperatures hit 115 degrees and the extreme heat wasn't the only thing blazing. The tour featuring Slightly Stoopid, Cypress Hill and Stephen Marley, sparked up at 5pm and it was nonstop Reggae and Hip-Hop until 10 o'clock on the dot, thanks to Mesa's strict, party-pooping noise ordinance.

This was Slightly Stoopid's 3rd dead-of-summer session at Mesa Amphitheatre in as many years. Last year they headlined the Kickin Up Dust Tour and in 2012 they played an even hotter slot opening for 311 on the Unity Tour. July in the desert is no fucking joke and Slightly Stoopid certainly knows its brutality by now.

[related: Slightly Stoopid >> Kickin Up Dust in the Desert]

Mondo kudos to the San Diegans for weathering the heat storm year after year, demonstrating they're working hard to give us a good show. Mad propers to the attendees as well, out there for 5 hours immersed between neighborly body heat in addition.

Slightly Stoopid was actually here earlier this spring to play the McDowell Mountain Music Festival and come to think of it they have been touring for the better part of the last decade. They may be on the road more than at home, if such a place even exists. I mean right? Okay.

One has to appreciate a band that knows the importance of their live performance and how to stay connected to their audience. It's been a few years since Slightly Stoopid have dropped a new album but I'd much rather have a perpetually connected band that doesn't allow us to miss them over one that lives in the studio, cranking out dull and meaningless releases because they have no relationship with their fans.

Not surprisingly, it was a Stoopidly fantastic show comprised of a dozen heads on stage aligned and pouring everything into a great performance. The added percussion and full horn section always make for a wonderfully thick sound and although this was my 9th time seeing them do it live, it never gets old and it's a different experience every time.

Oh and Cypress Hill on the bill too? That was the shit! It's been about 12 years since I've seen B-Real and Sen Dog get after it and it was great to hear all those high school weed jams live and direct once again. There was a cool bongo vs. turntable battle later on in the set and DJ Muggs even put it down with nonstop mixing and scratching along with some clever re-edits to classic Cypress Hill songs like 'Hits From The Bong' and 'Dr. Greenthumb'. Nice to see the homies still have it and hopefully they keep it going for another 20 years so my kids can get high to this shit in high school. 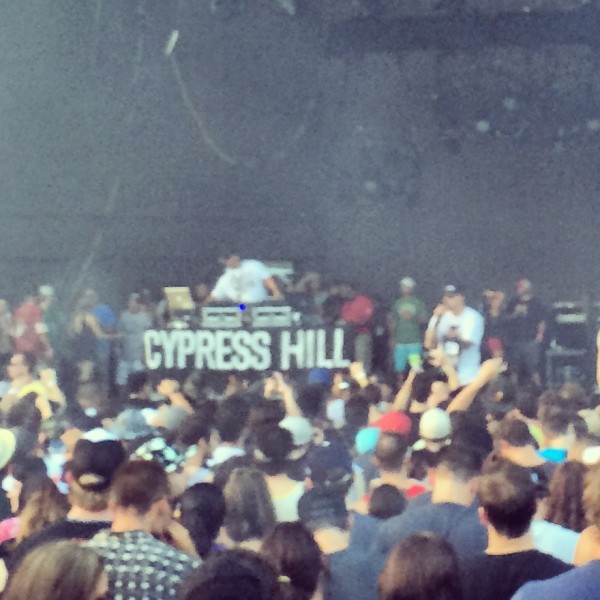