Coachella >> 2014's lineup was officially announced this week and to no surprise this lineup is as solid as ever. While there's tons of artists taking part that I've experienced before and I know will have strong performances, there are quite a bit I'm looking forward to seeing for the very first time. Barring any godforsaken schedule conflicts between stages, here's a lineup of artists I look forward to seeing at Coachella this April and knocking off my bucket list. 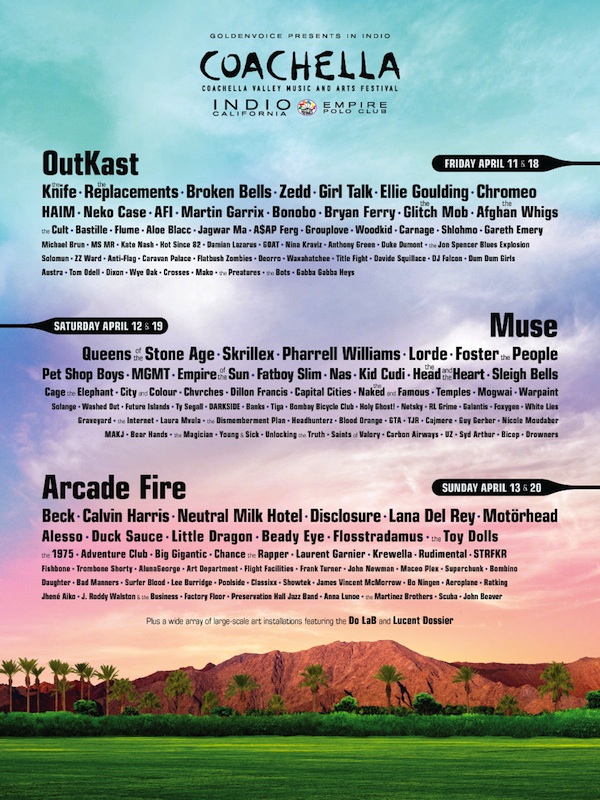