YACHT >> will be downtown playing at Comerica Theatre on Thursday APR-18 and it's the band's first time back to Phoenix since their show at Crescent Ballroom last June. This time around it's a different venue on a much bigger stage so it'll be interesting  to see what they have in store for a crowd 10 times the size of their last audience in the desert. 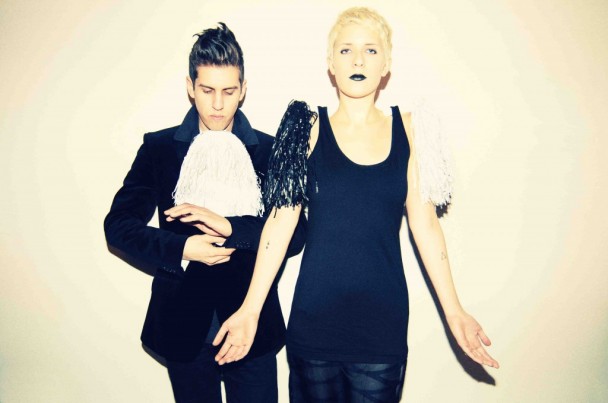 Last summer here, they were wrapping up a mondo long Shangri-LA album tour and this time they are fresh off the latest cut in 'Second Summer'. This single is super rad and the video is animatedly rad as well [directed by ADHD].

When I spoke with them about the journey of YACHT, it was clear they were happy with the path and their growth. Fast forward a year later and there exists a band even more sophisticated. In its 10th year of existence, they are now working on a TV show called Support, which is themed around the intricacies of life on the road, often as the opening band.

YACHT is opening for Postal Service in Phoenix and Las Vegas but they certainly deserve the bigger stage and no doubt will command it next week. So definitely get out to the show next Thursday at Comerica. It is sure to be the blastest blast! Oh, and Postal Service is also on the bill too. Get after it!