Lil Wayne Tha Carter IV > is out today online and in stores nationwide. Weezy has been quite the busy free man - this is his 2nd studio release in less than a year [he just dropped I Am Not A Human Being last October] and he's been touring like a mad man [he was here in Phoenix last week with Rick Ross and Far East Movement, his 2nd stop in the desert in 2011]. 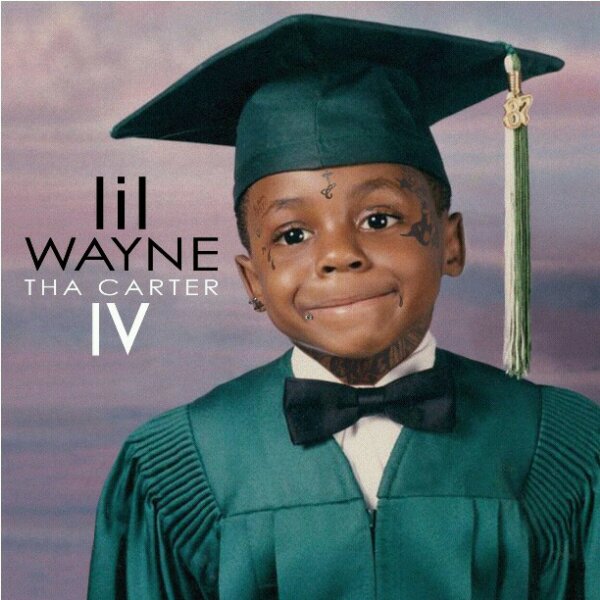 Not going to lie, I love Weezy but I don't love this album. It's not bad but it's not that good. He's set a pretty high bar for himself already with past LP's [ie, any of Tha Carter's] so it's tough to top output like that but I think sticking with a more hard-hitting formula would have made this release stronger. There are too many slow-tempo tracks that are a tad too soulful and more like R&B jams. He features T-Pain, John Legend and Drake [if you know me or have followed this blog closely you know that I am farthest from being a Drake or T-Pain fan] among others which make up a quarter of the album.

Again, while the majority of Tha Carter IV is comprised of such style it's not bad, it's just not what makes us love Weezy. With the exception of a few tracks, this isn't an album you can bump at a party or even work out to. However there are some good tracks that hit hard. The outro also named 'Outro' features Bun B, Nas, Shyne and Busta Rhymes and that's probably the best track. Rick Ross appears on 'John' and the interlude has Tech N9ne [Lil Wayne should have done an entire song with him]. The last hard track is '6 Foot 7 Foot' which you've probably heard out or on the radio a million times since it's one of the 5 songs on the standard FM rotation.

Since it's only $9.99 at the store [Zia or wherever] you may as well pick it up for this cheap. Otherwise sample it up on iTunes and download the tracks I mentioned hit hard.