This past weekend was the first ever Bay Area Vibez festival in Oakland. The two day urban lifestyle music festival made its home at the Middle Harbor Shoreline Park. The waterfront park is a true hidden gem and provided an aesthetically unforgettable setting for the weekend. Saturday's sunshine and Sunday's Blood moon were both back dropped by the Bay Bridge guiding one's sight line back to the silhouette of the San Francisco city skyline. 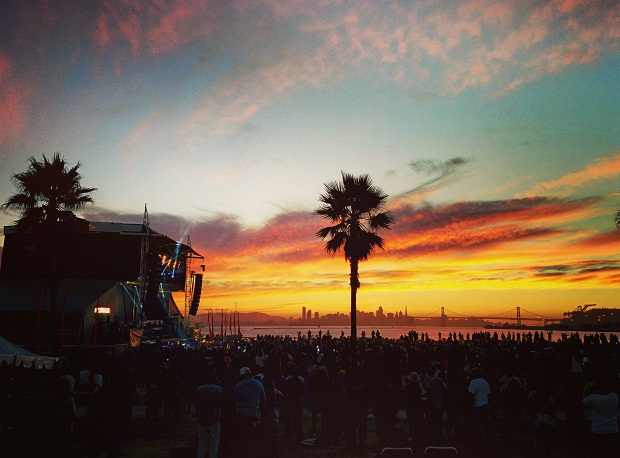 The lineup for each day was as diverse as the bay area itself; hip-hop, electronic and reggae artists graced each of the festivals two stages. Saturday's lineup was heavy on the reggae vibez with Rasta legends Tarrus Riley and Morgan Heritage warming it up for reggae royalty Stephen Marley and brother and headliner Damian Marley closing it down. Damian has a hardness and an edge, maybe even anger to how he delivers his songs that radiates with tremendous energy and was transcended in the crowd.

All performances were amazing and set a very positive and mellow atmosphere with a message of love and respect that beats at the heart of all reggae music. Having seen most of these acts before, it was Saturday's non-reggae star Aloe Blacc that stole the show for me. His unique and soulful voice was a breath of fresh air in the overlaying haze of cannabis brought on by the afternoons other artists. The man can flat out sing. 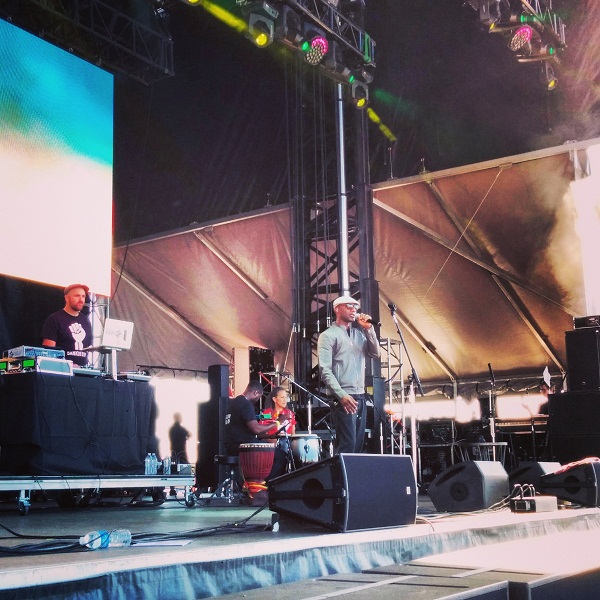 For those unfamiliar with his work, you might recognize him as the voice of Avicii’s smash hit ‘Wake Me Up’. He actually co-wrote the original with Aviici and it appears acoustically on his most recent album Lift Your Spirit. Honestly, it's better than its electronic counterpart. Might not get your feet moving or fists pumping as hard, but the true beauty of the song and Aloe's voice really come through and it did once again when he performed it Saturday. Other songs you might recognize are ‘I Need A Dollar’ which was the theme song of HBO's How To Make It In America and more recently ‘The Man’ which was the soundtrack in a series of Beats by Dre headphone commercials. During the presser after his performance Aloe discussed his work with Sankofa.org, a non-profit founded by Harry Belafonte, that tries to shape society's culture through music to help promote social justice. It was cool to see that his soulful sound had actual soul behind it. I expect big things from Aloe Blacc on and off stage in the years to come. 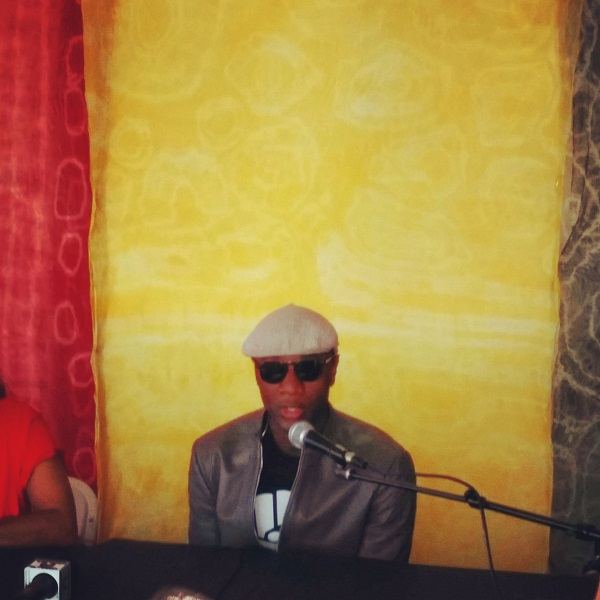 Sunday was a more top heavy slate with most in attendance coming to see headliners Bassnectar and NAS. For me it was all about one man with ‘One Mic’, NAS. I was pretty pumped to see him just because it's not every day you get to see a hip hop legend. He blew me away. NAS is hip hop. I may still listen to the crap on the radio these days but only out of lack of options. No MC on the planet right now comes close to Nasir Jones. He's the last of a dying breed from what I consider the golden age of rap. 2Pac and Biggie are gone, Ice Cube makes Barbershop sequels, Dre makes headphones, and Jay-Z is a business man. NAS carries the torch for what's left of hip hop and it burned bright Sunday night in Oakland. His rhymes, lyrics, voice, and beats all as sharp and heavy as ever; songs that tell stories and have a message, tracks that cause thought, emotion, and action. He gives you something most rappers don't today, perspective. Whether you can relate or agree it doesn't matter, you're getting an honest and real point of view strung together by an urban poet of which the likes of we won't soon see again. He played all the hits: ‘If I Ruled The World’, ‘One Mic’, ‘Hate Me Now’, ‘NY State Of Mind’ and so many more. All classics. 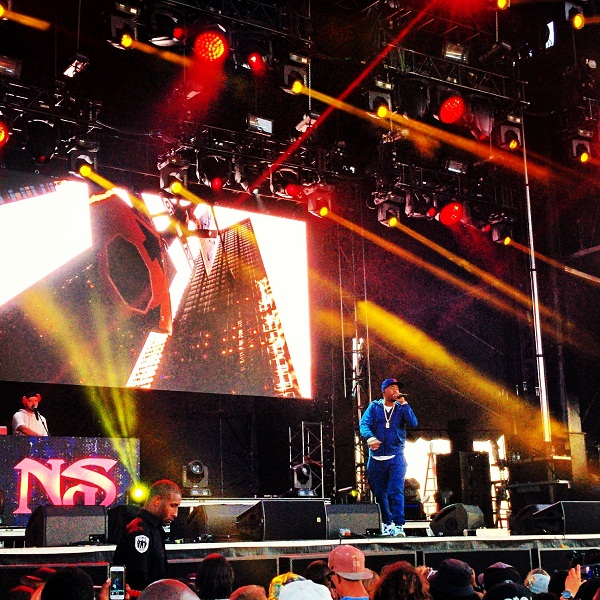 On top of a sick musical performance, what impressed me maybe even more was how engaging he was with the crowd. He wasn't just rapping songs from his album he was putting on a performance. He came off relate-able, intelligent, funny, mature but still gangster as fuck. The whole set was choreographed beautifully. I don't mean dancing; I just mean how the show was orchestrated. His DJ, Green Lantern, was on point, actually scratching and mixing like a DJ used to. Clearly the pair has done this before as they anticipated each other's every move. Just can't say enough about QB's finest. The albums have always been great but the stage is his kingdom. Seeing him is a must next time he runs through your city.

Thanks for a great weekend, Bay Area Vibez! It was a random ass festival but it brought great acts together and a crowd from a lot of different backgrounds together in a gorgeous setting. Another instance of music being the universal language and this weekend everyone spoke fluent good vibez!