The Outside Lands Festival in San Francisco as always held a special place in my heart. For me it simply feels like home, mainly because it is. Having a festival this size within walking distance to ones house makes it so simple; no flights, no hotels, no camping. I just get to relax and enjoy the music and the weekend. OSL [that’s what us locals call it, aren’t we hip?] is a full 3 days of music in San Francisco’s Golden Gate park that more than anything is a microcosm of all the city embodies. There is always so much to do, with great food and drink, art, unparalleled people watching, and a lineup of bands as diverse as the city’s people. 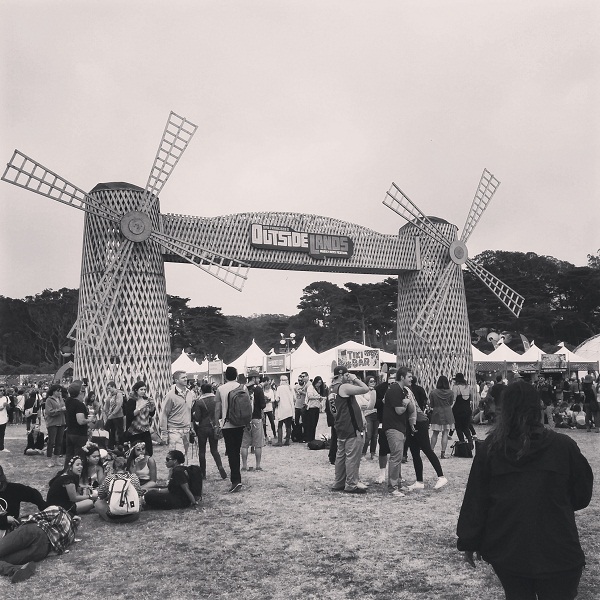 This year’s headliners were Mumford and Sons, The Black Keys, and the 'Rocket Man' himself Sir Elton John. All had performances worthy of the honor but if you need me to go in to more detail you’re shit out of luck. The names speak for themselves and so does their music. So if you want on more on them close zBored.com and open up your Spotify and have at it.

Ok good you’re still here, pheww that was risky. Now on to some highlights and awards. The award for most random show for me was a band called The Drums. As fellow festivalgoers can relate, sometimes you end up at a show out of convenience or because of your friends. The Drums music felt like synth pop of the 80’s with an edge, somewhere between Boy George and The Cure. I know that doesn’t make sense and probably isn’t accurate so if you’re a huge fan of The Drums get off your hipster horse, just my opinions of what I was taking in. Lead singer Jacob Graham stole the show with his undeniable and unconventional stage presence. Wearing a sparkly jacket reminiscent of Jon Heder in Blades of Glory, and the skinniest of all the skinny jeans, his effeminate swagger took a strong hold of the intimate Pan Handle Stage [smallest of 4 main stages at OSL]. Vocals and melodies were smooth and catchy with an electronic backbone and to my disappointment only one set of drums.  Song I walked away with in my head was ‘I Can’t Pretend’. Definitely something I wouldn’t have normally gone to but glad I did. Also think I scored +3 points on my hipster card, so I got that going for me.

The next award is a tie. It’s the My Face Kind of Melted Award which goes out to both Porter Robinson and Axwell^Ingrosso. Dance music is a dish best served live and in person and both performances were unreal. It’s hard to even type this but, it’s not so much about the music but how you feel it. Just something about losing your mind to a beat uncontrollably with thousands of strangers that is liberating. I honestly can’t explain it. It’s a completely irrational and involuntary response when the right song comes on.  Turns out those two songs for me were, Porter Robinson’s ‘Sad Machine’ and Axwell^Ingrosso’s ‘Something New’. I know those might be trendy by electro heads standards but fuck it those songs are awesome and why they end up being anthems. Had I been on drugs my face might literally have melted jumping around to those jams. Both have been on repeat since last weekend. Hell I might even go see We Are Your Friends when it comes out now. Nope, but it was still two killer performances by some of the hottest DJ’s in the game. If and when they come to your town, go get your face melted. 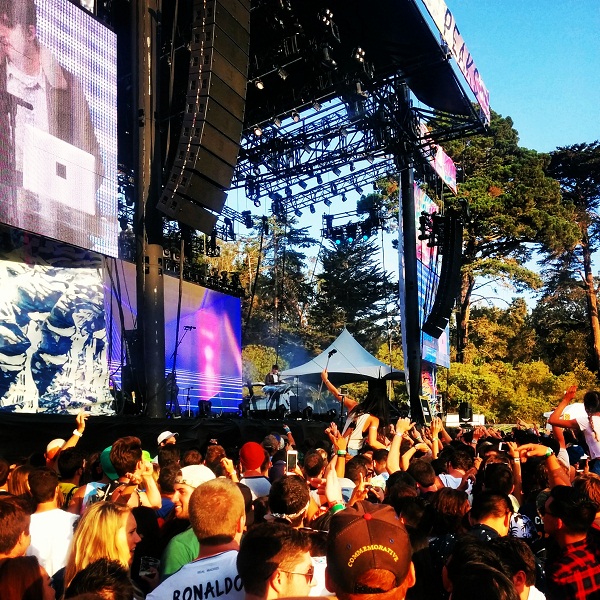 The final award winner of the entire weekend was Billy Idol. I am just not sure what award to give him so I’ll go ahead and bestow both Best Performance and the Lifetime Achievement Award. I am not trying to be ironic or patronizing on any level, Billy fucking Idol made my weekend. The dude is a rock star. He also might be a vampire because at 59 years old he’s in better shape than I have ever or will ever be. First and foremost though he is a rock star.  Jacket still leather, hair still bleached, and shirt still completely off by the end of the set. His midday Saturday performance on the festivals largest stage was the pinnacle of the festival in so many ways.  For one it was the literal halfway point of the weekend. People had finally become accustomed to their surroundings in the massive park, found their friends, had just enough beers or other recreational elements and were ready to party. And above all else Billy Idol knows how to party. What I wouldn’t give for one Saturday night with Billy Idol circa 1986. The guy still brings it though, he’s loud, he’s brash and he definitely wasn’t dancing with only himself as he had thousands moving along to the track of the same name. He also as if planned waited until the sun came out to play ‘White Wedding’. It really would’ve been a nice day for a white wedding, very well played sir. Still sounded great too, really a freak of nature, and his energy though still probably cocaine fueled was on point. At least that’s how I like to picture my Billy Idol, strict diet of loose women, whiskey, and blow. If he went vegan and does Pilates every day, keep that info to yourself. Was he the best sounding artist all weekend? Probably not. Most talented or most famous? Not even close. But god dammit it was fun, like the mostest fun ever, and like the ‘Rebel Yell’ he had me screaming, ‘More! More! More!'. Don’t ever change Billy Idol you magnificent son of a bitch. Oh wait you haven’t. Good work then.

If you’ve never been to the city by the bay for Outside Lands, make the trip. The lineup doesn’t matter. It will always be good. I could make an entre festival out of just the bands I missed this year. So hop on a cable car, pack a jacket, and come hand out some award of your own next summer!