October >> is in the air today, ACL is a mere 72 hours away, Fall album tours are already underway and how perfect is it that tha '1st Of Tha Month' happened to fall on a deep New Music Tuesday? Life Is Beautiful [this festival is happening this month too]. What's not to love when there's new shit dropping from Sleigh Bells, Best Coast, Arcade Fire, The Fratellis, Panic! At The Disco and a shit ton more? What else can you ask for? 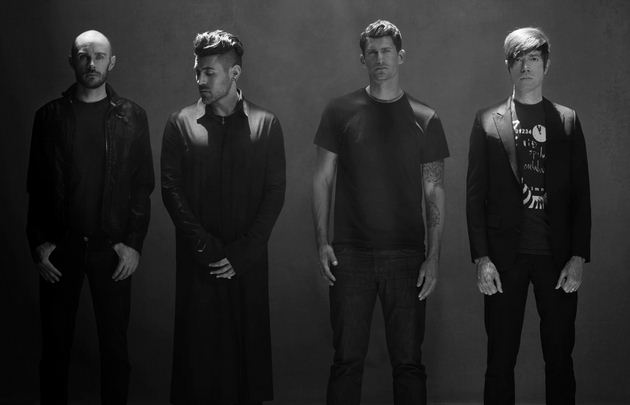 I'm getting greedy for a minute and Asking For It: we need a new album from AFI. They are one of my favorite bands in the generically categorized punk genre and have been for nearly 15 years. Since my days of being a little shithead punk teenager with a skateboard, AFI has consistently put out super banger strong albums every year or few that containing at least a handful of anthems for that particular period of my life. This has been the longest AFI drought yet and 4 years after Crash Love released comes the new album Burials.

More importantly, Davey Havok and company will be kicking off an album tour next week and many cities will hear some of the new album live and direct before Burials actually releases on the 22nd [lower left and coast beginning OCT-17]. Getting to finally see AFI live again along with 13 new tracks to melt my fucking face off is certainly an early Christmas present with A Fire Inside.

Look out for this new album to drop along with my review later this month. In the mean time, check out the release dates below for all the other great stuff dropping in October.

Of Montreal Lousy With Sylvianbriar >> 10/8