November >> is for Thanksgiving and this month we can be thankful for a cornucopia of new releases from hip-hop absentees, super duos and most importantly the electronic elite. Get ready to gobble gobble up this musical feast. There's plenty to go around. 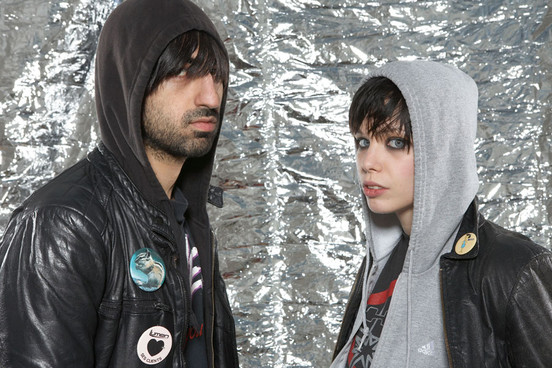 Back after about 2 years apiece, Ghostface and 50 rep the said hip-hop. Diplo & his now lonesome in Major Lazer as well as Travis Barker & Yelawolf drop new studio albums in the tandem section along with my favorite duo in electronic on planet Earth, Ethan Kath and Alice Glass who make up Crystal Castles.

I'm mad excited for III to make its way into my earhole. It's only the 3rd full length album by Crystal Castles but it really only took their debut self-titled LP to get my attention when I first heard 'Courtship Dating' back in 2008. That is when I fell in love with Alice and the grim 64-bit sounds of the genius in Ethan. Obvi this is a November Christmas for me but here are the other notable releases for this month.