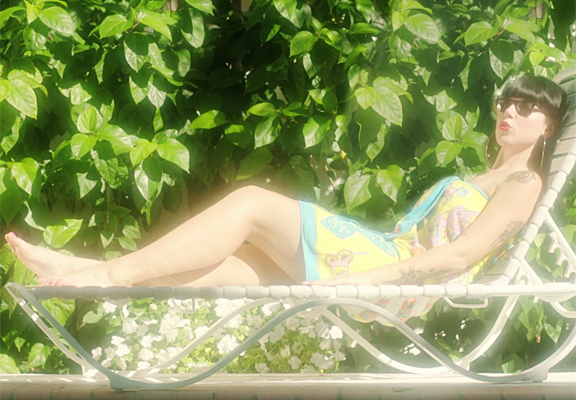 Sleigh Bells 'Comeback Kid' >> this week the electro-noise duo released the video for their first single from the upcoming studio album Reign of Terror. 'Comeback Kid' is a dope track with heavy guitar from Derek and a lot synth samples we've become familiar with over the last few years of Sleigh Bells subtly making their way into car commercials [Honda], extreeeeeme promos [X Games], etc. The video is fun too and doesn't hurt that Alexis is still looking fit and fly.

I'm really excited for the Reign of Terror to drop next month [sleigh-ted for FEB21]. We've been waiting nearly 2 years since their last album [Treats] and this release will allow for them to play longer shows. Their Tempe show at the Clubhouse back in 2010 was so much fun but just way too short at 30 minutes, which is about the combined time of all of their tracks at that point. It's crazy how much of an impact these two have had in such a short time and small serving. Aside from Bloc Party and The Killers dropping new albums this year, Sleigh Bells' upcoming Reign of Terror may be the release I'm most looking forward to in 2012 at this point.