Today's new music is not exactly new because both artists released digital versions on iTunes 2 weeks ago. But as geeky and fresh-out-of-the-oven as I am, a loyal Zia patron I am as well who keeps it old school procuring the tangibles [I'm often ridiculed for continuing to buy CD's in this digital age but it's the music shopping experience among other things that drive this behavior]. 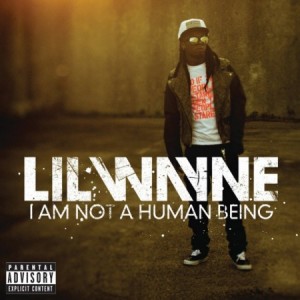 Lil Wayne I Am Not A Human Being > this album is solid, not quite The Carter but a million times better than the Rebirth album he crapped out last year. This is 13 tracks of pre-captivity Weezy dropping raw rhymes over raw beats. While Drake is on 4 of the tracks, he spares us his idiotic flow and keeps his presence limited to vocals for the most part. Jay Sean and Nicki Minaj are also featured singing hooks on this album. Lil Weezy is always a lil witty and you can expect to double-take and smirk on several tracks like 'Gonorrhea' and 'Bill Gates'. You won't be disappointed w/ this release. Go on and get it!

Kaskade dance.love > this is another great release from one of today's best DJ's. It's a legit club mix that includes original tracks as well as re-edits of his own and other artists like Samantha James [no, not Anna Faris' character from Just Friends] and Alex Gaudino. I really like the digital LAB dub of 'Everyday' because it's a nearly decade-old tune given a modern makeover and without the weird 'I see you' inserts like in the DJ Icey Essential Mix. I think this album's instant classics are 'I'm In Love' and  'Fire In Your New Shoes' featuring Dragonette [my current fascination w/ Dragonette might have something to do w/ this]. If you are a Kaskade and/or house enthusiast, get dance.love and make it snappy.