Television in 2013 >> is kicking off strong with a handful of great series returns and premieres to get excited for this month. 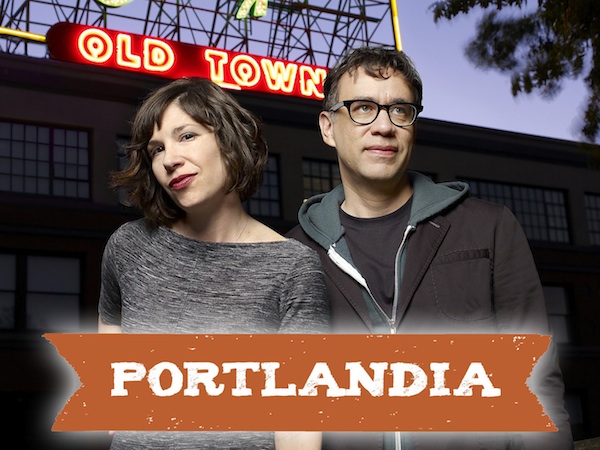 David Dochovny is back in another season of Californication and seemingly back with his baby mama Karen - but I assume that will be short-lived because where's the fun in a monogamous Hank Moody?

Blake, Adam and Ders return for another season of stoners wreaking havoc in Workaholics so prepare to get weird and stay fresh. Also on Comedy Central, funny bastard Nick Kroll finally graduates to his own well-deserved sketch show after Human Giant appearances and role share in The League.

But what I'm most excited for is another season of Fred Armisen and Carrie Brownstein keeping the dream of the 90's alive in Portlandia which premieres tonight so remember to set your DVR or Mind-Fi accordingly. Ayooo river!!