The Strokes Angles > today Julian Casablancas and company returned with a far-too-long awaited release of a brand new LP. No one should have to wait 5 years for a follow-up album especially from a band that re-revolutionized modern rock in the new millenium, but this release may be worth the wait.

The Strokes have brilliantly returned with a relatively consistent yet more mature and crisp sound. Familiar tempo and chords find themselves into Angles but what seemingly makes the boys all growns up and all growns up is some not-too-erratic experimentations that fit nicely into the subtle direction you'd expect after their last album First Impressions of Earth. Some new dub-like guitar pedals can be heard on the album's opener and my favorite 'Machu Picchu' as well as some vaguely psychedelic riffs in 'Games'.

The boys get somber and melancholy on a couple tracks like 'You're So Right' and 'Metabolism'. Foremost, nearly every track features a progression in intensified vocals by Casablancas, which was probably inevitable after his 2009 solo EP Phrazes for the Young where this started to emerge but didn't quite get fully dispatched.

But true to the rock they gave CPR to, The Strokes did not abandon the foundation on which they have built their magnificence. Fans since Is This It 10 years ago will be pleased with their classic approach in 'Life is Simple in the Moonlight' and their first single 'Under Cover of Darkness', both of which were performed spectacularly on Saturday Night Live a few weeks ago.

This is a great addition to the massive amount of new music being released from great artists in the front half of 2011. Definitely throw this album into the mix and make it part of your Spring soundtrack. Do it.     :j Marc 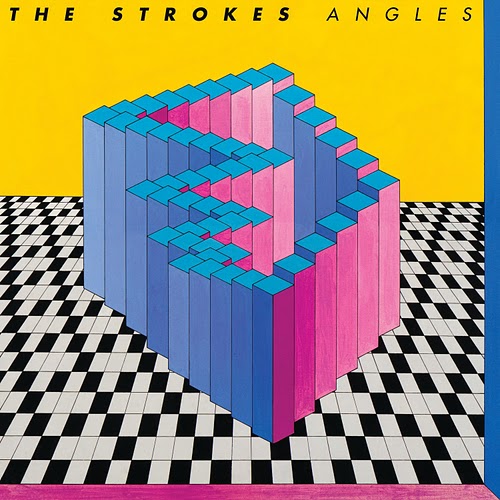 Like Loading...
This entry was posted in music, rando and tagged angles, dub, first impressions of earth, games, guitar, is this it, julian casablancas, life is simple in the moonlight, machu picchu, metabolism, modern, new music, nu musik, phrazes for the young, psychedelic, rock, saturday night live, snl, spring, the strokes, under cover of darkness, video, vocals, you're so right. Bookmark the permalink.