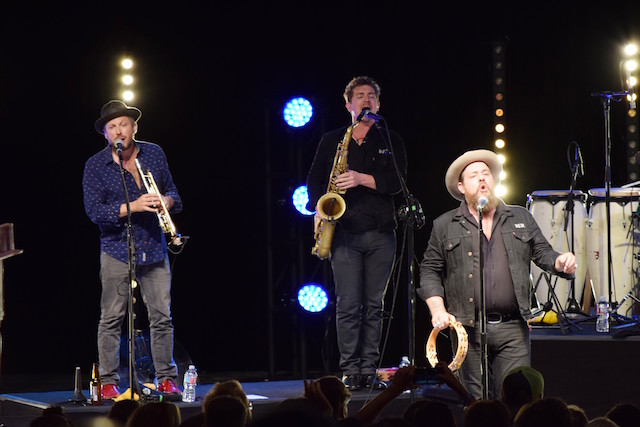 If you’ve never been to the Greek Theatre in Griffith Park, you’re missing out. It’s an outdoor venue built in 1930 with an over 5,700 seating capacity that includes everything from the pit to private dining tables to general seating that climbs up into the hills. It’s a bit like the Hollywood Bowl, but more outdoorsy feeling and with a more lax and intimate crowd. The staff is pretty amazing as well, with a special shout out to Jessica from Goldenvoice and the rest of the crew for taking good care of me. The addition of the Santa Ana winds picking up steadily on the first day of fall only enhanced the experience.

That being said, it was much to my surprise when my lying, cheating ex jumped into the seat next to mine to say hello, as he was sitting a row back behind me. Out of all the thousands of seats, he had to walk into mine. It was awkward and uncomfortable, though went as well as it could and I hoped that my focus on covering the show would overpower my desire to run.

Fortunately Nathaniel Rateliff and the Night Sweats are fucking incredible and they made it easy to dance along and not pay attention to what was happening behind me, which was apparently a show in itself. A couple songs in, my ex taps me to hand me an unexpected glass of wine, then quickly ran off. The group behind and next to me heard the whole story of how he was my ex and his new girlfriend [whom I never saw so can’t confirm] flipped out and made a scene. The young woman next to me confirmed she was ready to punch her out because she was ruining everyone’s experience. This ordeal ended with both groups giving me high fives and telling me I won. And I didn’t even have to compete! 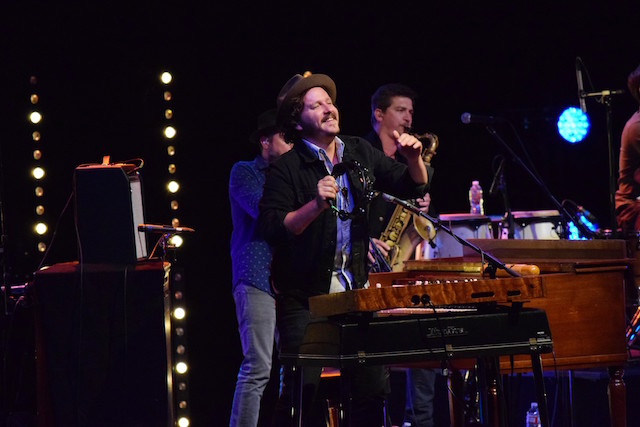 So thankfully, after those few uncomfortable songs I was able to enjoy the remainder of the show as I intended which included lots of dancing, clapping, and cheering along with the rest of the tipsy attendees. There were a few shout outs from the band to their Denver fans, the mention that one of their early shows began at 6:30 but doors opened at 7 [a friendly reminder that they were once unknown], and several new songs that we got to hear for the first time. The exceptionally catchy ‘I Did It’ was a particular favorite and I can’t wait to play it on repeat in the near future! 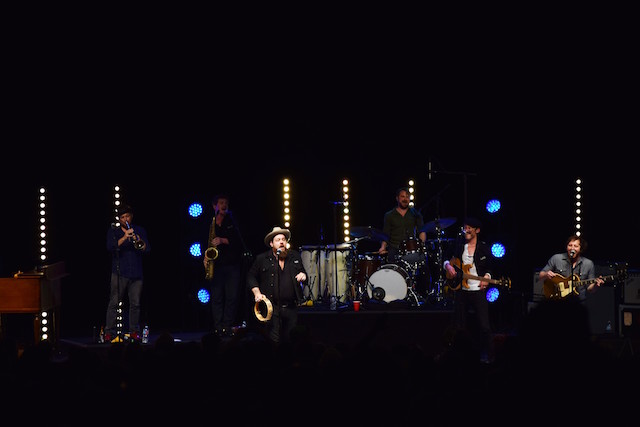 What I love about Nathaniel Rateliff and the Night Sweats is that they manage to take a very folksy Americana sound and turn it into something light and cheerful that can be played on mainstream radio yet still hold true to their roots. Their music is genuinely happy, upbeat, and engaging. They don’t have to tell people to clap their hands, they just do!

The proximity of the venue in an upper middle class neighborhood required a hard stop at 11, which worked out just fine for my mid-week early wake up struggle. I left the venue happy, lighthearted, and extremely thrilled that that ‘Son of a Bitch/<Got> Me a Drink’ and all was right in the world.