Crystal Castles are coming back to Phoenix in September!

It has only been about 5 months since Crystal Castles has graced the desert with a live appearance but the upcoming show at The Pressroom on SEPT-16 is a highly anticipated show for sure. Here's a few reasons why you should get your ass downtown to check it out. 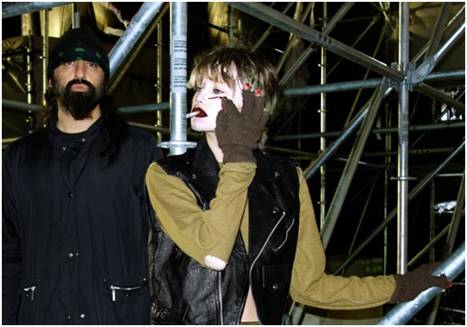 1. Ethan Katz is a musical genius. He plays every instrument, has a brilliant ear and as a producer, no one is as innovative as he. His technique is modern yet retro and you'll be blow away with what comes out of the studio. But what he does live will make your fucking head pop off. Don't you want your head to pop the fuck off?

2. Crystal Castles will be fresh the release of their upcoming album Amnesty (I), which drops in the states on AUG-19. This is also the first album Kath is releasing w/ Edith Frances who took over as vocalist after Alice Glass left the band. It will be very interesting to experience the brink of a new era of Crystal Castles live and direct  on the forefront of Fall.

3. Speaking of Fall, there's no place better than the desert this time of year. The balls hot weather is withering away and the influx of great shows at a variety of venues is practically upon us finally.

4. Venues? Yes please! This show is at the MVV sleeper pick The Pressroom downtown on Madison. This spot has been open a while but hasn't really had an opportunity to show Phoenix what's up. With a killer name like Crystal Castles fronting the bill, this should be the coming out party that lets the desert know it can rival the best.

5. Finally, shows like this were meant for the weekend and what better way to spend a Friday night going hard and immersed in 16-bit noise and seizure lights, right? No work in the morning. No class the next day. No excuses not to invest in a night like this.

See you at the show!