Katchafire >> Burning One Down in San Francisco [Social Hall]

Got to katch an irie reggae show on Tuesday at Social Hall in San Francisco. This was a new venue for me and fairly new to the city having just opened in the Fall of 2015. Social Hall in SF is nestled in the foundation of the more famous Regency Ballroom, and I was pleasantly surprised with the digs, more on that in a bit. 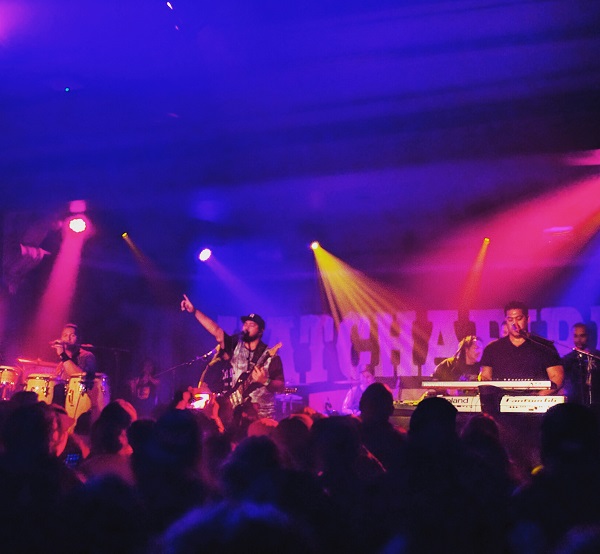 The main draw of the evening was the band Katchafire who I had not seen live since 2008 and they’ve come a long way! Their sound isn’t reggae in the traditional sense, but still has a strong island vibe. Melodies take on a much more Polynesian rhythm which is understandable as the five peace ensemble comes from the islands of the Pacific - New Zealand to be specific.

After a less than impressive opener that shall remain nameless [cough, Mystic Roots Band, cough], the smooth island jams were just what the docta ordered. Granted, it had been almost eight years since I last saw them when they were opening for Rebelution in a tiny bar to a crowd of less than a hundred people, but they seemed more grown up. Their on stage persona, how they interacted with the crowd, and just how well they played as musicians, was refined like a well-oiled Rasta machine. It also turned out that I knew and liked way more songs than I remembered like ‘Who You With’, ‘Seriously’ and personal favorite ‘Love Letter’ had me swaying around getting lost in the music in no time. This isn’t political reggae that calls for revolution, this is straight up lovey dovey, baby makin’, sexy reggae and the small crowd was feelin’ it. Maybe it was the low ceilings of the basement venue, the stage that reminded me of a high school battle of the bands or the ample ganja smoke perfuming the air, but they had people of all ages slow dancing and sucking face like teenagers. They wrapped up the night bringing out the aforementioned Mystic Roots and closed it down together with a classic cover of Bob Marley’s ‘One Love’. Fun fact, Katchafire is named after The Wailers first album aptly titled, ‘Catch A Fire’. You’re welcome.

Nice little Tuesday with some feel good vibrations and solid people watching at one of the city’s newest live music venues. Selfishly also a great treat for me because Katchafire will be playing this year’s California Roots Festival, but got shafted with a super early Friday slot and wasn’t sure I’d be able to see them. But not to worry, if like me you won’t be able to see them in Monterey, there are still a few more west coast stops of their Burn One Down Tour before they take off for Europe later this summer. Try and Katch them in a city near you, until then, Jah bless and as always ‘Give Tanks and Praise’.