Junior Boys >>  are back in full effect this year with their 5th studio album Big Black Coat, a followup to their 2011 release It's All True. The title cut 'Big Black Coat' is the first single of the album and although its the last track, it is a perfect summation of of the album's essence. 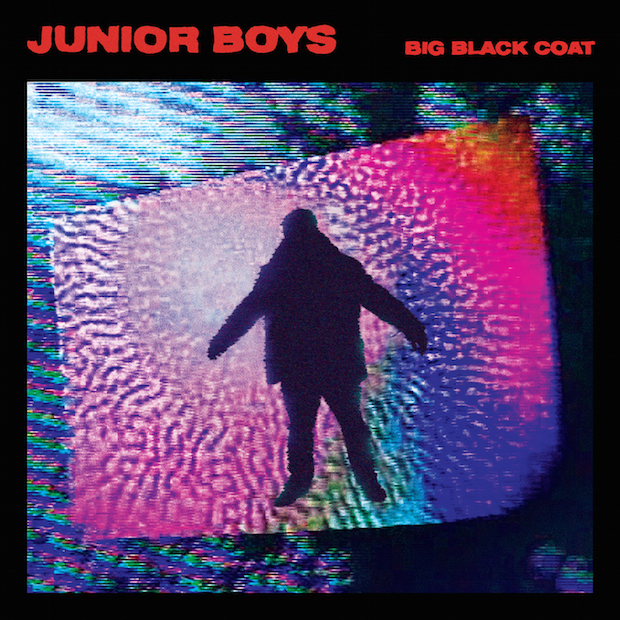 The duo of Canucks have done it again. Big Black Coat is superb. It's crisp. It's electric. It's indie electro dream synth at its finest and it aligns with the sophisticated sound Jeremy Greenspan and Matt Didemus have been evolving to. This is what their 5 years of fine tuning under a new label have resulted in.

Jeremy explains, 'One of the nice things about doing the solo stuff and in particular the album with Jessy, because it did so well, was that I could stop thinking about Junior Boys as being the thing I do and start thinking about it as a thing I do. That meant I could work on Junior Boys music with the same spirit as I did when it was new. It was hugely liberating and invigorated me, because I was doing things I felt really good and confident about. I was really happy with the last two Junior Boys albums, but if I look back on it, they were challenging records to make, in a way that this one absolutely wasn’t.'

The refresh is apparent in the new album and the crispness of it exudes through every track. It's mathematical yet sometimes that sustain of the heavy walls are at odd signatures to make it beautifully unpredictable.

Perhaps predictably, my favorite track is 'Big Black Coat' but I do also really like the cover of 'What You Won't Do For Love'. Although the original song by Bobby Caldwell is unrecognizable aside from the lyrics, the soul of it is still inherent and the track explodes with so many variations of sound.

These gents from Ontario are kicking off their album tour stateside MAR-11 so it would behoove you to check them out in your city if you want some indie synth disco up in your souls and experience what Jeremy and Matt have produced 5 years in the making.

'The fact that we haven’t put out an album in a long time has been liberating in that we haven’t been so phenomenally successful that everyone knows who we are. With this album, a lot of people will be hearing us for the first time. There’s a freedom that comes from that.'

Like Loading...
This entry was posted in music, new music and tagged and it's forever, baby don't hurt me, baby give up on it, big black coat, c'mon baby, it's all true, junior boys, love is a fire, m & p, no one's business, over it, what you won't do for love, you say that. Bookmark the permalink.