California Roots >> is less than 2 months away and soon it will be a jam-packed 3-day music festival on a long 3-day Memorial weekend in Monterey. In the past, Cali Roots have brought in fan favorites like Ziggy Marley, 311, Rebelution, Pepper and Matisyahu.

Now in its 6th year, the festival boasts another dope lineup featuring veteran returning artists Slightly Stoopid, SOJA, Iration and Dirty Heads along with welcoming some legendary newbies to the bill in The Roots Cypress Hill, G. Love & Special Sauce and a heap of other great artists known for putting on a great show live. 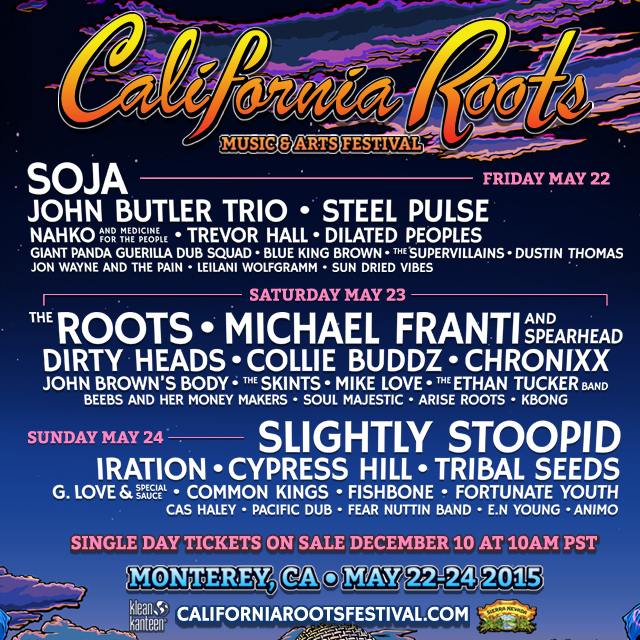 The band everyone should be most excited to see is G. Love & Special Sauce though. They are currently touring the country and after a recent 3-day mini-residency at the Fillmore in San Francisco last month they are coming back to the Bay Area to play California Roots 2015.

So while I've seen G. Love a bunch before - and many alongside Slightly Stoopid - every set is different, every setting varies and it's been at least 10 years since I've seen them in a festival setting and there is something to be said about performances that are unique to the energy they are sharing with the attendees in that moment. Plus, it'll be a treat to hear some stuff off their new album Sugar. It's going to be magical and that's just one of the many many superb artists on the bill year.