Wonder Showzen 2014 >> was absolutely remarkable and just like every other year in live music for me this series of concerts, parties, festivals and such, each had an identity of its own. Artists have continued to develop, galas have grown and newly discovered bands have come into fruition, making all events and even the most familiar of productions a whole new experience. 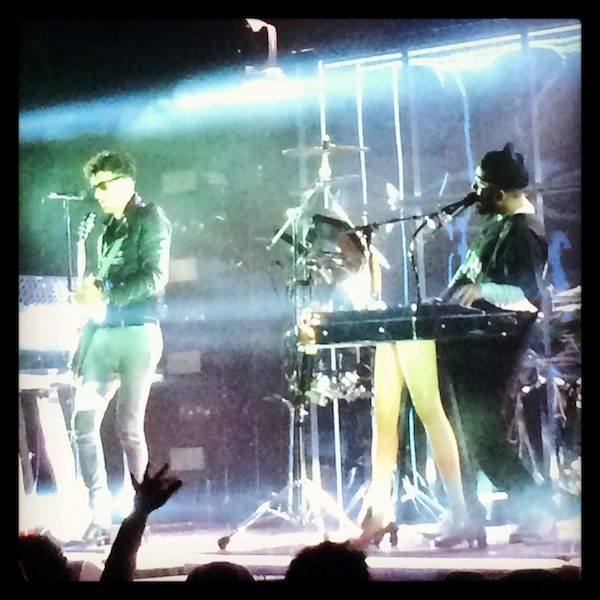 I experienced more than 100 live performances once again and again can confidently state that the quality of this year's collections has been the best yet.  From the valley to Cali and from here to there I experienced many an artist for the first time [CHVRCHES, Tegan & Sara, Imagine Dragons, MS MR], 17th time [311], long-awaited [Outkast, Offspring, Panic! At The Disco], some I haven't seen in close to a decade [Kanye West, Less Than Jake] and even witnessed some making their own fantastic debuts [DeepV].

This year I basked in festivals across state lines like Life Is Beautiful, experienced new local galas like VIVA PHX take steps toward desert grandioseness and the valley's always hot tour stop at Warped. Staples like Sail Inn and Club Red in Tempe were put to rest while Crescent Ballroom and Marquee Theatre continued to assert their presence into the scene and old ones arose from the dead, reinvigorated from dormancy like the newly remodeled Pub Rock Live in Scottsdale.

Net net 2014 was a superb year and once again I got to wander a music lover’s paradise. As always I had the blastest blast with my best friends, made a shit ton of new ones and even partook some of these gigs on the solo tip. It's far too difficult to decipher the best of 2014 because each were unique from the performance aspect, my variety of company and each experience was distinct for one reason or another. Thus, in lieu of choosing, I’ll salute all of the artists that took part in my phenomenal 2014 in a Flickr tribute and healthy shout-out list. Happy 2014, my friends!