Pepper >> Getting Spicy in San Francisco [The Warfield]

Pepper >> The only fog in San Francisco on August 19th was the haze of glaucoma medicine billowing through The Warfield on Tuesday night. Pepper and The Dirty Heads were in town for the last stop of their summer tour and they both put on quite a show. 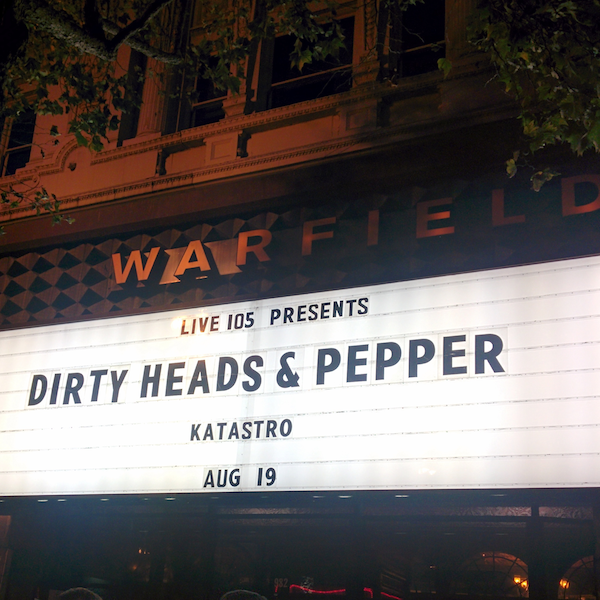 Both bands treated the last concert of the tour like it was the last day of school and gave zero fucks. I'm pretty sure both tour buses were emptied of all adult beverages and herbal remedies by the end of the show.

Having seen Pepper before I knew what I was in for, and they did not disappoint. Even though it seems like these guys have been around forever [they have, first album in 1997], they still bring it and bring it hard.

The rockers hail from Kona, Hawaii though they look more like they should have just hopped out of a raised black truck at the Huntington Beach Pier. Normally, dudes who bro out this hard are giant douche nozzles and I want to punch them in their throats but they had me singing along like everyone else at the sold out show for over an hour and a half. There were times where they talked to the crowd too much as they've been known to do frequently. I had the urge to yell ‘SHUT UP AND ROCK!’, but I knew it would be drowned out by the shrieks of women ages 18 to 80 and the sound of panties hitting the ground. Whether you dig their music or not you have to respect how much fun these guys have on stage and how crazy girls go for them. Ladies just love them some Pepper. 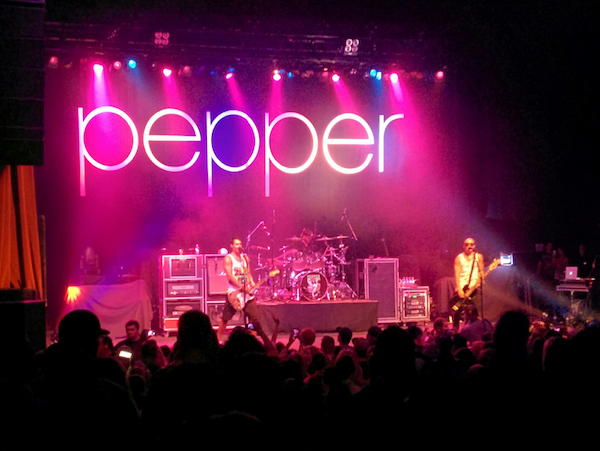 After a brief intermission, The Dirty Heads rolled out and kept the party rocking. I had not seen them before and I was kind of shocked how rock and roll they were. Their trendy radio hits like ‘Lay Me Down’, ‘Stand Tall’ or ‘Dance All Night’ are all pop summer feel good hits, but they brought a lot more to the table. Although their beachy vibe still comes through there are strong Hip-Hop and old school Rock and Roll undertones in their music. Their lead singer - who looks like a cross between a hipster Jesus and a manly version of Jared Leto - had a powerful voice and awesome range and frankly he just kind of rocked. The Dirty Heads had me thinking of them as a surf town version of Limp Bizkit, but in a good way. Like in a, you know you had the CD in 1998 type way.

You can call these bands surf rock, reggae, alternative, call them anything you want. I just call them a good time and was happy I could attend their last day of school Tuesday night at the Warfield!