California Roots >> is just about a month away and soon it will be a jam-packed 3-day music festival on a long 3-day Memorial weekend in Monterey. In the past, Cali Roots have brought in fan favorites like Slightly Stoopid, The Dirty Heads, Tribal Seeds and Matisyahu. Now in its 5th year, the festival boasts another dope lineup featuring veteran returning artists SOJA, Rebelution and Pepper along with 311, Damian Marley and a heap of other great artists known for putting on a great show live. 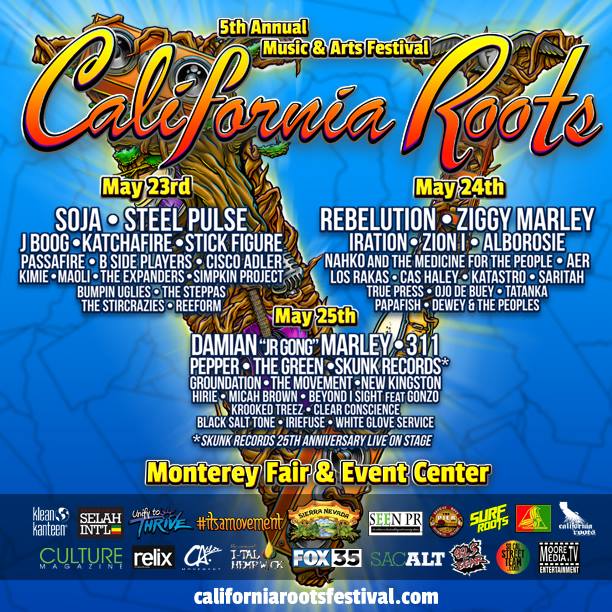 The band I'm most excited to see is 311 though. They are currently touring after their recent album release of Stereolythic. So while I've seen them 15 times before, every set list is different, every bill varies and it's been at least 10 years since I've seen them in a festival setting as a non-headliner. I've mentioned this before but one of the reasons I respect 311 so much is their cognizance of the early shit that put them on the map from Music to Grassroots, which they always play plenty of in their live sets.