Life Is Beautiful >> is certainly a true statement but also the name of downtown Las Vegas' first ever multi-genre music and arts festival. No stranger to extravagant festivals myself I must say this festival was extraordinary.

Sure, these days it's not unusual to see a plethora of amazing artists formulating a lineup - what makes these galas unique are the setting, atmosphere and the intricate touches any avid patron can appreciate.

Coachella features luscious grass underneath a colorful palm deserted backdrop, the Chicago skyline sets beyond the stages at Grant Park for Lollapalooza in Chicago and Outside Lands is immersed in the great redwood forrest of San Francisco's Golden Gate Park.

Life Is Beautiful takes place right in the heart of where Sin City all began. The north end of The Strip is rich with history and character. In a town where illustriousness defines the success of the new establishments, the beauty of the art and music that Vegas was founded on tends to get lost. The Life Is Beautiful Festival celebrates this in its display of local art on antique buildings, a collection of exquisite cuisine from the world's top chefs and even a series of learning seminars from experts in a variety of fields. 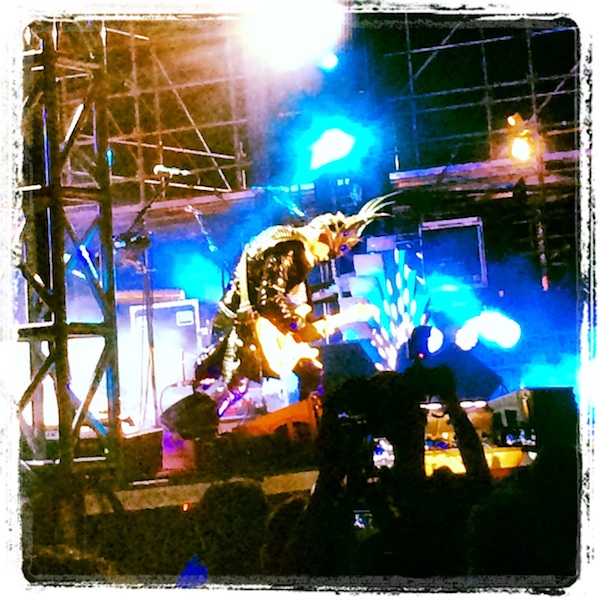 This was the first year of what should be many for the Life Is Beautiful festival. In no particular order, here are my favorite moments from the 2-day gala in old Sin City.

The Killers >> covered my favorite Velvet Underground song 'Pale Blue Eyes' in memory of the late, great Lou Reed who died during the weekend of the festival