Black Kids >> graced us with a visit back to the valley this past Wednesday night for a killer show at Rhythm Room in Phoenix. 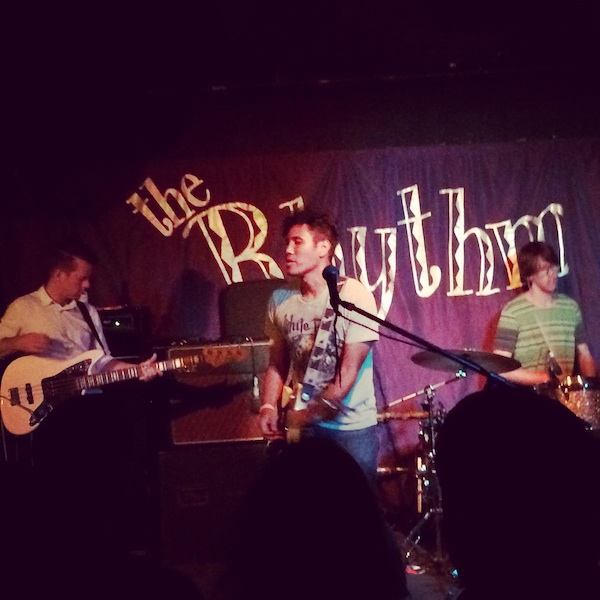 It was hot as a furnace fan as it seemingly always is when a trip uptown is required but not enough to stop the 50 or so heads in the house ready to partie to the max. This show was a testament to the Rhythm Room's ability to deliver some of the most intimate shows in the desert and what better way to experience such than a band back from the dead, the dirty South's own Black Kids.

It seems like only yesterday when it was 2008 and Partie Traumatic hit record stores and iPods everywhere. The debut studio release was fucking brilliant and seemingly a game-changer. In 2009, the kids hit Tempe on their album tour and rocked the Clubhouse [R.I.P. beloved fallen venue] when they opened for Mates of State. Black Kids were on the up and up practically overnight with bigger things on the horizon.

Unfortunately, that rendezvous would be the last tour for a long while and not a full album since. The band didn't break up but their collective lives moved in 5 different directions. It was obvious the other night that many a fan including myself was incredibly ecstatic to see Reggie Youngblood & Co. back on stage.

Most of the setlist was comprised of Partie Traumatic and no one in the joint could have been happier. The first notes of the opener was the flux capacitor that activated and took me immediately back to 2008. All of a sudden I was hopping around like a strung out kangaroo and singing fucking every word like I was a Black Kid. I'm much older now but it's shows like these that get me bananas and happy to stay out late on a school night because it's all worth it when fun memories get stirred up and new ones are formed - ok mainly only new ones are formed because I accidentally blacked out their last show per the whiskey.

Black Kids are now on the front half of their nationwide summer tour so try to catch them when they hit your city. Trust me, you'll want to get after this shit. Also, stay tuned for when I post my interview with the frontman himself, Reggie Youngblood.

Setlist: Listen To Your Body Tonight * Look At Me [When I Rock Wichoo] * Hit The Heartbrakes * Origami * I've Underestimated My Charm [Again] * You Only Call Me When You're Crying * Power In The Blood * Partie Traumatic * I Wanna Be Your Limousine * Clocks * First Song Ever Wrote * Love Me Already * I'm Not Gonna Teach Your Boyfriend How To Dance With You * ENCORE: I'm Making Eyes At You * Hurricane Jane

Like Loading...
This entry was posted in music, rando, shows and tagged black kids, clocks, clubhouse, first song ever wrote, flux capacitor, hit the heartbrakes, hurricane jane, i wanna be your limousine, i'm making eyes at you, i'm not gonna teach your boyfriend how to dance with you, i've underestimated my charm again, listen to your body tonight, look at me when i rock wichoo, love me already, origami, partie traumatic, phoenix, power in the blood, reggie youngblood, rhythm room, tempe, you only call me when you're crying. Bookmark the permalink.